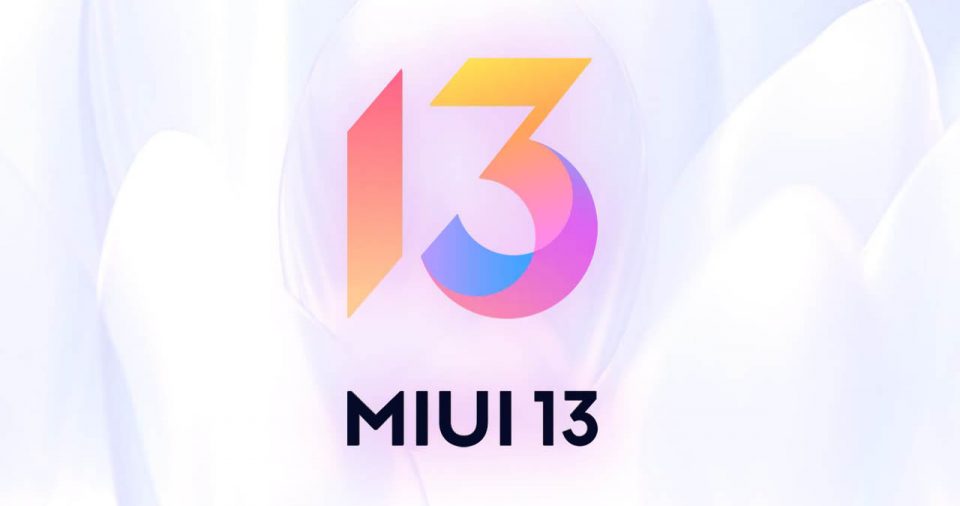 The official presentation of MIUI 13 is imminent. For that reason, and to prepare the ground for its arrival, we decided to put together a compilation of everything we think we know about the new customization layer .

All the rumors and leaks about the news it will bring, and the devices it will land on, you will find here. So if you want to know more about it, then read on.

When MIUI 13 will arrive to Xiaomi, Redmi and POCO devices

Recent rumors claim that the new MIUI 13 customization layer will be officially presented on December 28, 2021 . According to these sources, the new version will come out on the same day that the long-awaited Xiaomi 12 makes its debut .

In fact, rumors indicate that the new Xiaomi 12 device will arrive with MIUI 13 and Android 12 pre-installed in the system. Therefore, if these leaks are true, we will have the first official details about the next update in less than two weeks .

MIUI 13 represents a breakthrough in the evolution of Xiaomi's personalization layer. After the problems that the previous versions presented, the company seeks to bring new life to its devices . Here we tell you what will possibly arrive with MIUI 13:

The main change we'll see in the new customization layer is an updated logo . This novelty was advanced to us by the XIAOMIUI team, who had access to one of the first applications of the next MIUI shell and came across this apparent official logo .

As we can see on these lines, the new MIUI 13 logo remains in tune with the previous ones, incorporating a new color palette that we will probably end up seeing throughout its interface , as well as in the new system icons.

One of the novelties that is rumored to come with MIUI 13 is a new control center . It presents a much more minimalist design compared to past versions of MIUI.

This control center presents a distribution, in the form of columns , of its elements and provides a space to display information on financial balances, use of the device and step counter.

The trend of RAM expansion technology will also be present in MIUI 13, according to certain rumors. Through this feature, users will have the option of using a portion of the internal storage to convert it into a virtual segment of RAM .

Daily activity widgets, weather widgets, adaptive formats, interactive and integrated into the system . All this along with a wide variety of shortcuts will come hand in hand with MIUI 13 according to some rumors from China. 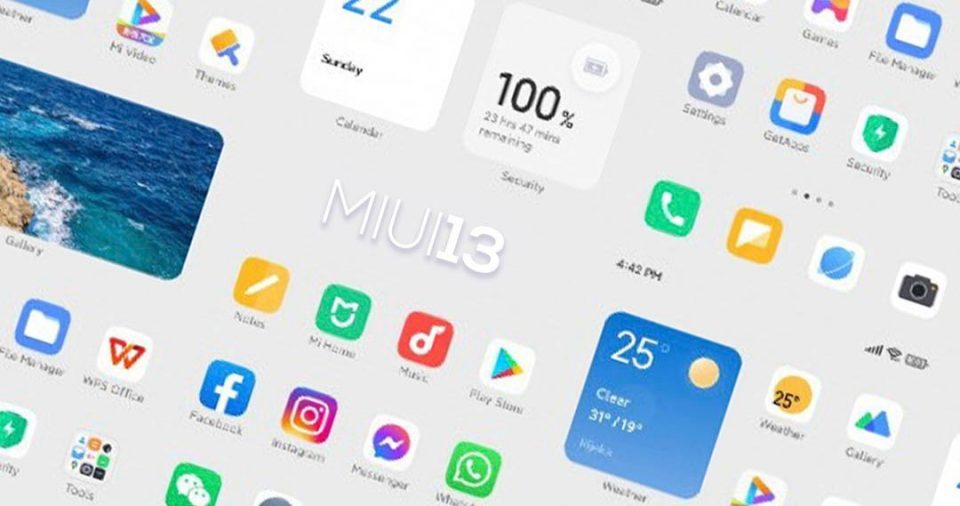 Likewise, everything seems to indicate that both the application icons, fonts and status bars will renew their appearance and interface to provide a much simpler appearance but at the forefront.

On the other hand, rumors indicate that MIUI 13 will be accompanied by Natural Touch 2.0 technology; to provide a much more realistic response to swipes, gestures and touches on the device screen, and Gesture Turbo 2.0 ; to provide a much smoother animation of gestures .

Likewise, there is information that Xiaomi is developing new gestures that offer a much more fluid and dynamic experience .

MIUI 13 closed beta leaks also shed what appears to be an updated Mi Launcher . This element presents a search bar with an aesthetic much more similar to that of iOS . Likewise, the leaks revealed how the functions of the application vault are now integrated into the system launcher .

This integration will allow better management and interaction with widgets and other shortcuts . In addition, there will also be a widget store to customize the desktop. On the other hand, the Mi Launcher of MIUI 13 will have a new loading animation that is much more subtle and modern .

7. Side toolbar or sidebar 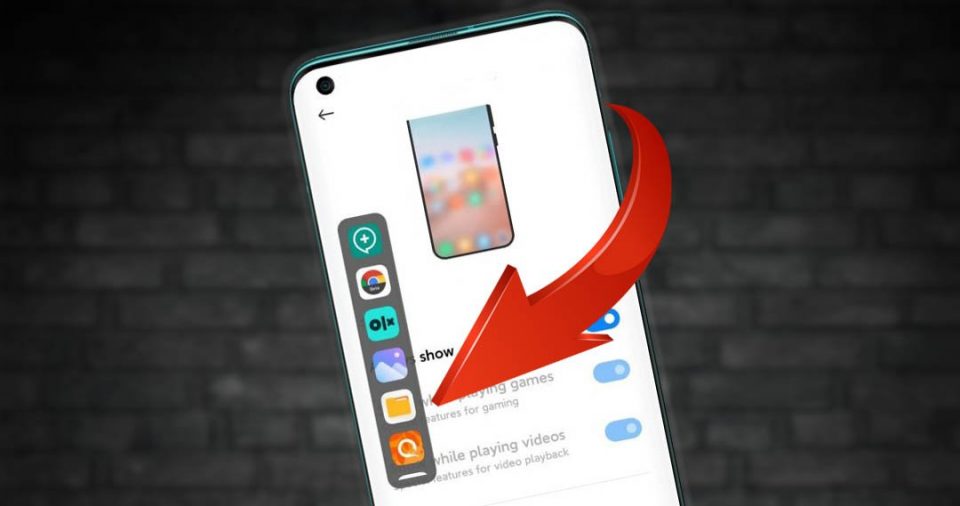 The smart sidebar, or sidebar , is one of the most talked about rumors about the MIUI 13 customization layer. This practical function will allow you to quickly access different applications ; Either the ones that it brings by default or those that you leave fixed.

Similarly, the sidebar will allow you to adjust its location on the screen and is automatically hidden when you don't need it.

A new beta update has arrived for the Gallery app . This new update, whose stable version is presumed to arrive together with MIUI 13 , presents a renewed menu and the possibility of including watermarks to your photographs . 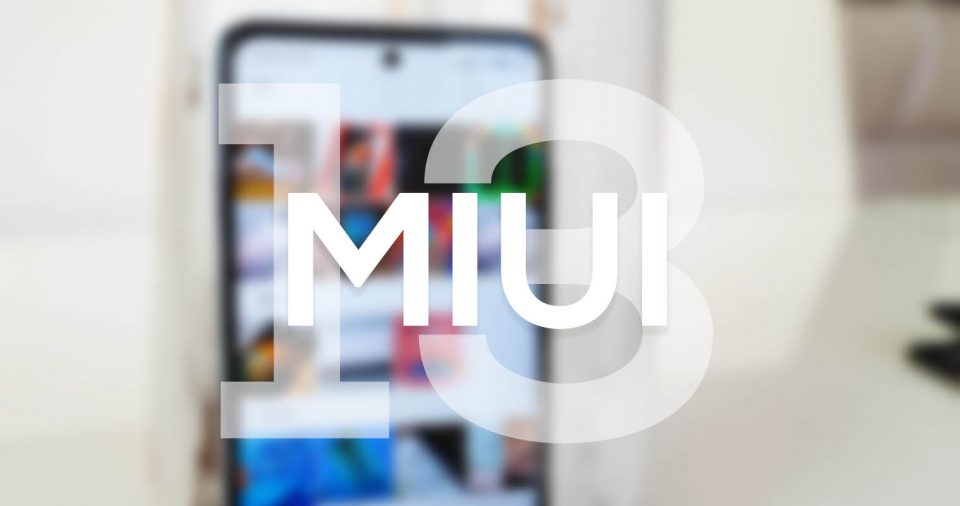 As far as the menu is concerned, it changes the layout of the trash section to a portrait orientation . Also, some rumors indicate that the MIUI 13 gallery will be accompanied by a chronological shift , very similar to that of Google Photos.

Xiaomi has been testing multiple new features in the closed beta . From aesthetic changes to new options to improve the user experience . Here we leave you a summary with other news that, according to rumors, will arrive together with MIUI 13:

Xiaomi, Redmi and POCO devices that will receive MIUI 13

According to the most recent rumors, Xiaomi would be preparing the deployment of MIUI 13 on some of its devices . To be more specific, it is presumed that the first MIUI 13 updates in the Chinese ROM will arrive on the same day of its official presentation in the following terminals:

Likewise, the XIAOMIUI team put together a list with the devices that will possibly receive MIUI 13 after its official launch .

In this list you can find terminals belonging to the entry, medium and high range . As well as those phones that have received the stable version of MIUI 13 during the testing phase.

Devices that possibly will not receive MIUI 13

However, as usual, many other very popular Xiaomi phones will not receive the new customization layer . This is largely motivated by the fact that they are devices that are several years old . According to rumors, it is presumed that the following Xiaomi and Redmi phones will not be updated to MIUI 13 :

However, there is always the possibility that Xiaomi, surprisingly, decides to update one of these devices to MIUI 13 , so hopes are not entirely lost.

In conclusion, this is all you need to know about the imminent arrival of MIUI 13. If you do not want to miss any news about it, we invite you to stay connected with the Xiaomiadictos networks to receive the latest news about the new customization layer.