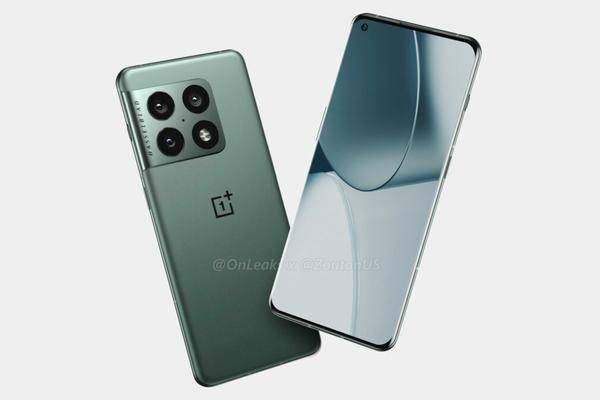 After a CAD render for the OnePlus 10 Pro recently appeared, the most important information about the specifications of the new OnePlus flagship has now leaked. As a result, the OnePlus 10 Pro is one of the first smartphones to use a new generation of Qualcomm chips.

As 91mobiles reports, it is very likely that a Qualcomm processor with the model number SM8450 and the code name "Waipio" will be installed in the OnePlus 10 Pro. This is rumored to be released under the name Snapdragon 8 Gen1. How much power there is in the new Qualcomm chip is currently still unknown. Depending on the variant, the processor should be supported by 8 or 12 GB LPDDR5 main memory and 128 or 256 GB UFS 3.1 memory.

The OLED display of the OnePlus 10 Pro is 6.7 inches and has a QHD + resolution. The refresh rate supports up to 120 Hertz. The battery allegedly has a capacity of 5,000 mAh and is rumored to be able to be quickly charged with a whopping 125 watts. Furthermore, the OnePlus 10 Pro should have an IP68 certification and would therefore be waterproof and dustproof.

The square camera module on the back of the device houses three sensors: a 48-megapixel main sensor, a 50-megapixel ultra-wide-angle sensor and an 8-megapixel telephoto lens. The latter is said to offer a 3.3x optical zoom. The selfie camera is in a hole in the top left of the display and will probably have a resolution of 32 megapixels.

The OnePlus 10 Pro will first appear in China at the end of January 2022 and will be launched worldwide in April 2022. Nothing is currently known about the price of the smartphone, but it should be on a similar level to the OnePlus 9 Pro at the time of release.