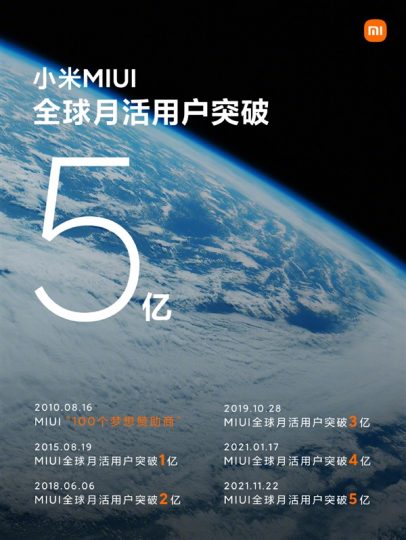 Xiaomi's customization layer once again breaks a new record. Just as their smartphones are positioned as part of the best sellers around the world, the adoption of MIUI does not stop increasing, exceeding all expectations .

Likewise, the company itself has communicated it, announcing that there are already more than 500 million users who actively use MIUI every day , attracted by its high level of customization and by its numerous functionalities (well … it also has its flaws).

A considerable increase from last year

As of 2021, Xiaomi has managed to increase its user share by more than 100 million users . A quite considerable increase that represents a fifth of the total number of users who actively use MIUI in the last year.

According to the company itself, this milestone has been achieved thanks to the "Mobile Telephony x AIoT" strategy . A historic moment for Xiaomi, which also wanted to thank all its users for the support and love they have shown.

In short, there is no doubt that MIUI has to improve , especially correcting errors. Even so, we cannot deny that it is one of the most complete and customizable layers of customization on the Android scene, and is also one of the most attractive.