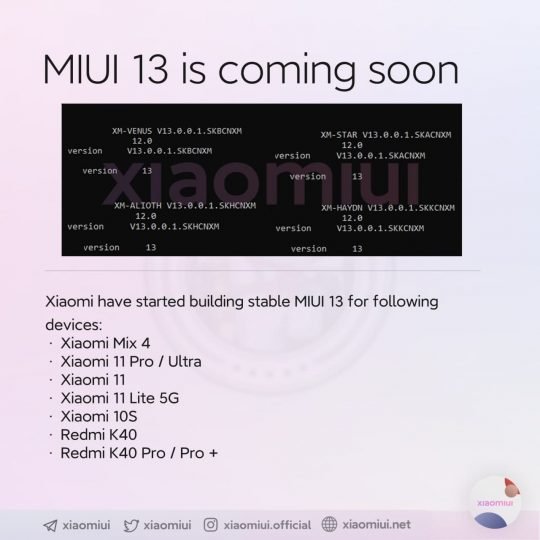 Xiaomi has begun to test the first stable versions of MIUI 13 and for this it has developed different variants for a total of seven of its latest smartphones, including the Xiaomi Mi 11.

As we have already told you on numerous occasions, MIUI 13 is just around the corner , being next December the one chosen by Xiaomi to carry out its official presentation.

The countdown begins: the first versions of MIUI 13 are here

As we can read through XIAOMIUI , Xiaomi has started the first tests of the stable version of MIUI 13 , starting with seven of its latest smartphones that as usual belong to its high range.

In this way, Xiaomi confirms which will be the first devices to update to this new version of MIUI, which according to rumors will focus on correcting errors, integrating in turn a totally different design from MIUI 12 .

In summary, the arrival of MIUI 13 seems to be much closer than expected , it being very likely that in the coming days the company will confirm the debut date and the first details.