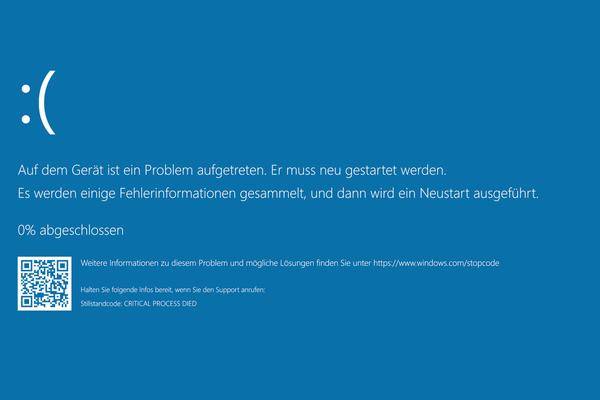 In the changelog of the current Insider Build of Windows 11 it says literally: "We have changed the display color to blue when a PC stops working or a stop error occurs, as in earlier versions of Windows". Microsoft does not reveal whether the change is temporary or permanent.

The blue screen of death has a long history. Microsoft introduced it in Windows 3.0 to give IT specialists and support staff a way to diagnose hardware or memory errors. A blue screen is often triggered by faulty hardware. Most of the time it is a programming error in the driver or in the kernel.

If a user experiences a Blue Screen of Death, they have the opportunity to learn more about the origin of the error from the error code and may even be able to fix it themselves. For some time now, in addition to the error code, there has also been a QR code with the error message, with which the user can identify the error even more quickly using a smartphone.

Are blue screens better than black screens for IT support?

Why Microsoft came up with the idea of changing the Blue Screen of Death in Windows 11 to a Black Screen of Death is not known. Nor has there been an official explanation for the return to the blue error message. However, the change could possibly have a positive impact on IT support.

If an inexperienced PC user reports to IT support that he sees a black screen (black screen of death), the IT expert might initially get the idea that the problem is a monitor. If, on the other hand, the user speaks of a blue screen of death, support immediately knows what it is about and can give the user further instructions.