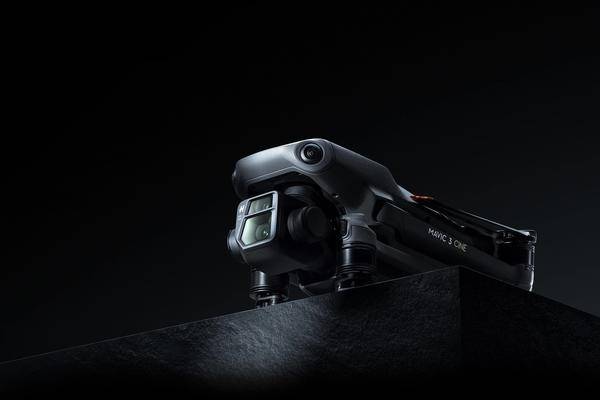 DJI recently unveiled its two new flagship drones: the Mavic 3 and the Mavic 3 Cine. According to DJI, the two drones should be the largest upgrade in the Mavic range in the last three years and offer improvements in all areas. However, the two professional drones are also quite expensive.

The DJI Mavic 3 and Mavic 3 Cine have a dual camera system consisting of a telephoto camera with 28x hybrid zoom and a Hasselblad camera with a 4/3 sensor. The Hasselblad lens can take photos with a resolution of 20 megapixels. Video recordings are possible in 5.1K with 50 FPS or 4K with 120 fps. As DJI writes on the official website , the improved image sensor should also ensure less image noise on recordings in poor lighting conditions.

Furthermore, both models are equipped with omnidirectional sensors that detect obstacles within a range of 200 meters and also enable flights in complicated environments. The ActiveTrack 5.0 function ensures that moving objects and people always remain in the focus of the camera. The maximum flight time of the drones is 46 minutes and live recordings in 1080p with 60 fps are transmitted up to 15 kilometers.

In contrast to the Mavic 3, the Mavic 3 Cine supports the Apple ProRes 422 HQ Codec. The video codec combines very good image quality with a low storage rate and is particularly suitable for professional films. The Mavic 3 Cine is equipped with an integrated 1 TB SSD so that there is sufficient memory available during aerial photos. The Mavic 3, on the other hand, only has 8 GB of internal storage.

The Mavic 3 Cine also comes with the DJI RC Pro remote control, which has more features than the standard remote control. On top of that, there is a 10 Gbit / s data cable and two filter sets that are not included with the Mavic 3.

The Mavic 3 and Mavic 3 Cine are now available in different bundles. The cheapest Mavic 3 bundle costs 2,099 euros. The Mavic 3 Fly More Combo costs 2,799 euros and, in addition to the standard accessories, includes three Intelligent Flight Batteries, a carrying case and a filter set.

The DJI Mavic 3 Cine Premium Combo contains the Mavic 3 Cine and all accessories of the "Fly More Combo" as well as the already mentioned data cable and the two filter sets. This bundle costs a total of 4,799 euros.