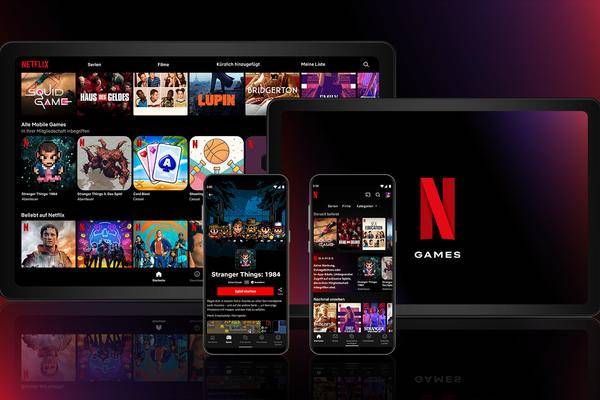 Netflix has put the first mobile games in the media library. Subscribers to the streaming service can now access titles such as "Stranger Things: 1984" and "Shooting Hoops". Initially, the offer is only available for Android.

In addition to an Android device and the latest version of the Netflix app, you need an active subscription for the streaming service in order to use the new range of games. However, there are no additional costs. So all games are included in the price of your existing subscription. The titles are also ad-free and do not require in-app purchases, Netflix announced .

As soon as the games are available for your device, next to "Series" and "Movies" you will see another tab called "Games" on the Netflix homepage. Here you can then select and download the title you want. Alternatively, you can also find the games via the "Categories" drop-down menu. You can then access downloaded games from any device that is linked to your Netflix account. The games cannot be found on kids profiles by default.

In the future, Netflix will also offer the range of games to iOS users and add more titles to the catalog. An exact time for the iOS release and which games will be part of the subscription in the future has not yet been determined. The streaming service hopes to gain new subscribers in the long term by moving to a gaming platform.