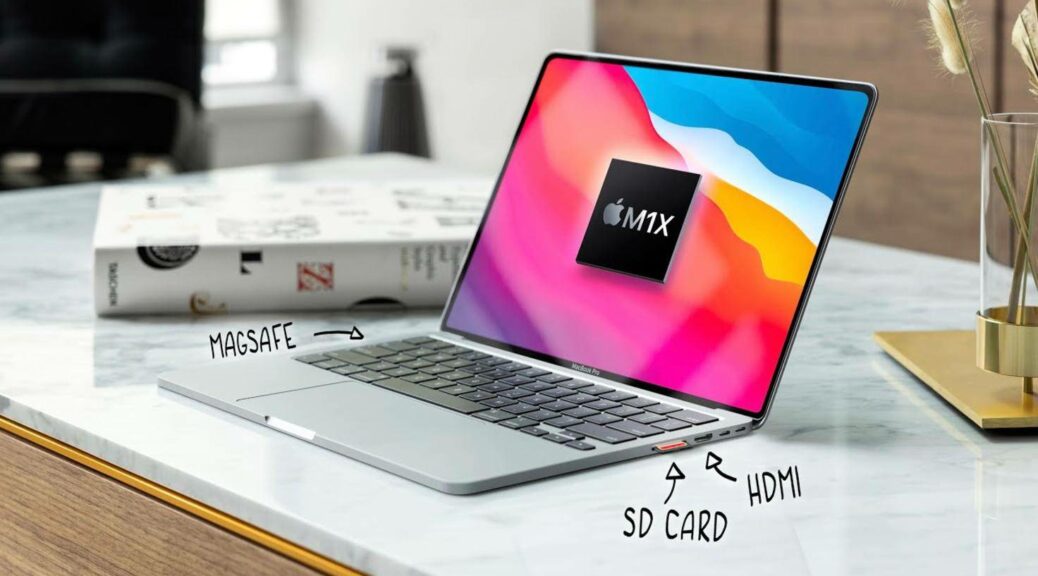 Will Apple introduce the MacBook Pro 2021 at the upcoming event? And which other devices does the company present? We put the keynote date for the Apple event in October in our calendars and speculate about new devices.

Apple is in the mode. The last Apple event did not go live until September 14, 2021 – the company presented the iPhone 13 series , a new Apple Watch (Series 7) and the iPad Mini. Almost a month later, the next event is due: Another Apple event is scheduled to start on October 18, 2021 at 7 p.m.

Is Apple Introducing the MacBook Pro 2021?

We strongly expect to hear the MacBook Pro 2021 release date at Apple's October event. And the excitement is great, because with the release the M1X will also celebrate its premiere – the new chip promises, among other things, a significantly improved graphics performance. While the M1 is already integrated in the MacBook Pro 13, the 16-inch model still uses an Intel Core processor – from Apple's point of view it is high time to switch to ARM-based in-house technology.

According to rumors, a new Apple MacBook Pro 2021 will be even thinner and offer more connections – including an SD slot, HDMI and (welcome back) a MagSafe connection. Further design details are said to be reduced edges and a larger screen – for example, the 13-inch model can become a 14-inch MacBook Pro. The new displays presumably rely on the mini-LED technology built into the iPad Pro (12.9 inch) to optimize the brightness and contrast values.

In the course of this, we also expect an official date for the release of macOS Monterey. Apple announced the latest operating system – version 18th, to be precise – for its laptop and desktop products in June 2021 and released a beta the month after. It seems certain that there will be an update on this at the October Apple event.

We expect an optimized Mac mini

The Mac mini could also get a processor upgrade. Image: © Apple / Screenshot: 2020

Much is dominated by the Apple processors "Apple Silicon". In the Mac Mini, too, we expect the Intel Core processors to be gradually removed from the game. In general, upgrading to real high-end models with the more powerful M1X chip is very likely – almost to the Mac mini Pro.

Apple doesn't just want to optimize performance. It is said that the tech giant is also turning functional and design screws. In the future, the upper side of the Mac mini will consist of a kind of plexiglass. Thunderbolt connections and a MagSafe power connection can also be added.

Is the time finally right for the third generation of AirPods? Image: © LeaksApplePro 2021

It's time Apple! The second generation of AirPods was released around two and a half years ago. A lot has been said about the AirPods 3 since then. Actually, the third generation should come on the market in spring 2021, but the publication did not materialize. It is all the more likely that the AirPods 3 will be presented at the Apple event in October.

According to speculation, the AirPods 3 visually approach the AirPods Pro with shorter stems. However, it seems unlikely that they will also receive the silicone ends. Presumably the special elements are related to the active noise cancellation (ANC), which Apple uses as an exclusive high-end argument. However, we would appreciate a longer battery life.

There has been speculation about a mixed reality headset from Apple for years. Image: © YouTube / Tyriel Wood – VR Tech 2021

MacBook Pro, Mac Mini, AirPods 3 and a lot of M1X magic in general – these are our expectations for the upcoming Apple event. Apart from that, of course, we would like one or the other innovation – and above all the long overdue Apple solution for representing alternative realities, which has been discussed for years and is long overdue.

We now know that it will be a mixed reality variant that combines augmented and virtual reality. But when will Apple officially introduce its MR glasses? Most likely not at the upcoming October event, because the release of the headset is one of the most spectacular in many years. A purely online event therefore hardly seems to be the right setting. Maybe we will at least get an appetizer in the form of a teaser or something like that.