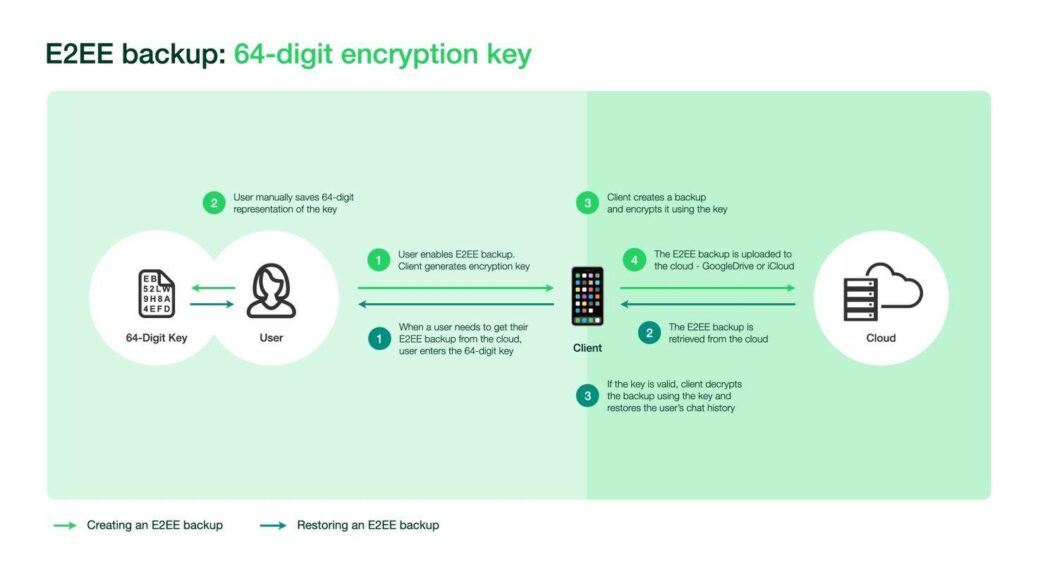 WhatsApp has mastered end-to-end encryption when sending messages since 2016. The parent company Facebook has now made the encryption method available for backups as well. Backups stored in iCloud or Google Drive can now be encrypted by users using a password or a 64-digit key.

As Facebook writes in the WhatsApp blog , end-to-end encryption of backups on Google Drive and iCloud is now also offered as an additional security option. Encrypted backups should neither be read by WhatsApp nor by the respective backup host. This is made possible by an encryption key that only the client and the user know.

The additional security level for backups requires a certain degree of care on the part of the user. If he loses the 64-digit key or forgets his password, the cloud backups cannot be restored.

The encrypted backup can only be decrypted again with the user's encryption key.

How to activate end-to-end encryption for backups

If you want to secure your cloud backups with messages and media in WhatsApp using end-to-end encryption, it works as follows:

If you decide at a later point in time to switch off the end-to-end encryption again, you proceed as follows: