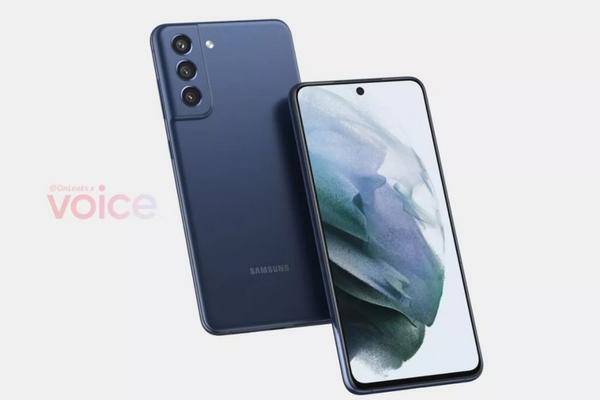 After the release of the Galaxy Z Fold 3 and Galaxy Z Flip 3, Samsung is likely to have at least one more major smartphone launch this year. The Samsung Galaxy S21 FE is expected to appear in the fall. The "FE" stands for "Fan Edition" and is intended to make it clear that this smartphone was developed with feedback from Samsung fans in mind. Now the device has been seen for the first time in the Google Play Console developer environment, as reported by MyFixGuide.

The device listed there is equipped with a Snapdragon 888 as the main processor. This is no surprise, as this is the current top processor from Qualcomm, which is also used in the US version of the original Galaxy S21.

Whether the Snapdragon chip in the S21 FE is used in all models or is also only used for the US market is not clear from the information so far. The European model could alternatively be equipped with an Exynos 2100.

According to the published data, the main memory of the Galaxy S21 FE is apparently limited to 6 GB RAM, which would therefore be less than the 8 GB RAM in the original Galaxy S21. However, savings in this area could help Samsung to cut costs and push the price of the S21 FE down significantly.

The display resolution, which is specified as 2,009 x 1,080 pixels, is also interesting. At least that speaks for a Full HD panel. However, 2,009 pixels in the vertical is a rather unusual size. The Galaxy S21 FE, like the original Galaxy S21, will presumably offer a resolution of 2,400 x 1,080 pixels.

When exactly Samsung will launch the Galaxy S21 FE is still unknown. However, a release window in October or November is considered likely, around a year after the predecessor.