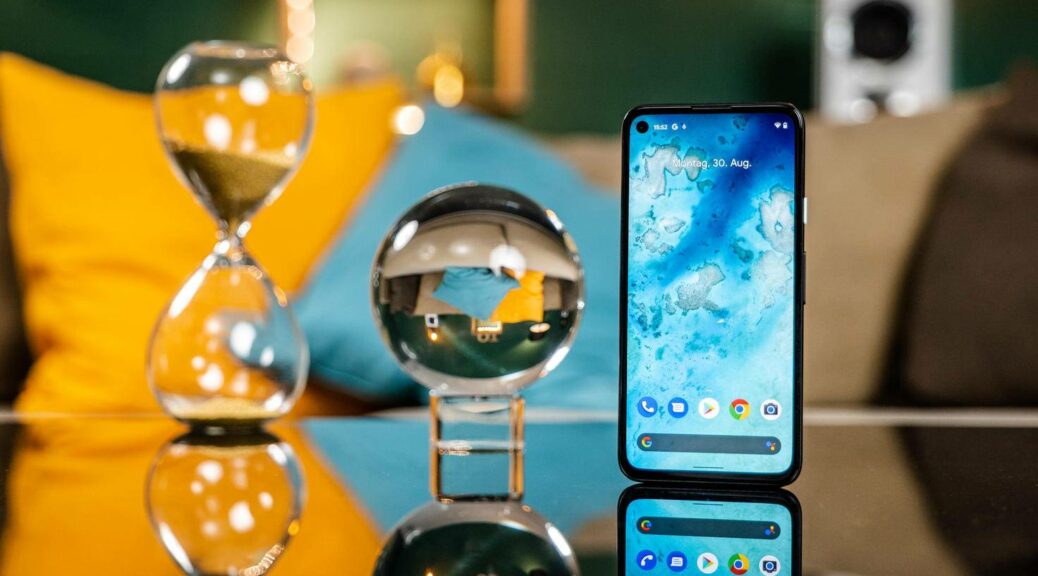 All you need to set up Google Nest is a smartphone or tablet with the appropriate app. We'll tell you how to use the smart speaker with the Google Assistant.

This content was made possible with the support of Google. Google did not exert any influence on the editorial work of the TURN-ON team.

The Google Nest loudspeaker makes your home smart. The compact box not only plays music from various streaming apps, but can also be used as a personal voice assistant in everyday life and for voice control of the smart home. But before you can get started with Google Nest, the speaker needs to be set up first.

In order to operate Google Nest, it is sufficient to supply it with power via the included power adapter. There is no separate on / off switch, so that the smart speaker starts automatically after plugging in the power supply and welcomes you as the user.

You don't need more than a smartphone and WiFi for easy set-up. Image:

The actual setup of Google Nest is then carried out using a smartphone or tablet. To do this, you have to download and start the Google Home app from the Play Store or App Store on your Android or iOS device. It's the same app that is used to connect to Chromecast or Chromecast Audio. So if you already have one or more of the streaming dongles in operation, you can save yourself the further download.

After starting the app, it will automatically search for compatible devices in the area and should notify you after a short while that a Google Nest speaker has been found. By tapping "Next", the connection between the smartphone or tablet and the loudspeaker will be established.

The Google Home app is available free of charge for Android and iOS. Image: © Screenshot Google / 2017

After the connection is established, the app wants to play a test tone through Google Nest to check that it is working. Tap the button that appears to play the sound. If there is no sound, you can repeat the process.

Give the speaker a name

Next, the app asks you to give the speaker a name. The room in which the loudspeaker is to be set up is of course best suited for this. Especially if you control several devices in your household via the app, this type of assignment makes it easier to keep an overview later.

It is best if the name also matches the location of the speaker. Image: © Screenshot Google / 2017

Now it is a matter of connecting the loudspeaker to the home WiFi network. You can do this directly on your smartphone or tablet. All relevant data including the WiFi password are transferred from the device to the loudspeaker. If you want, you can also enter the data manually.

You can use the app to connect Google Nest to your WiFi network. Image: © Screenshot Google / 2017

Set up the Google Assistant

A Google Home speaker is of course only useful if you also set up the Google Assistant, the digital voice assistant. To do this, you need to link Google Home to a Google account. The necessary data can also be automatically transferred here from the smartphone or tablet.

As part of the setup, the app asks you next whether Google Home can use your data stored in your Google account to provide you with even more functions. In fact, we recommend allowing this, because otherwise certain core functions will simply not be available.

It makes sense to give the Google Assistant access to your saved information and to set the location correctly. Image: © Screenshot Google / 2017

In addition, in the next input field of the app, it makes perfect sense to correctly specify the location of the loudspeaker. This is the only way for Google Home to assess which shops and services are in your area and to provide you with relevant information upon request.

When setting up Google Home, you can link three music services to the speaker: Spotify, Deezer and YouTube Music. But remember that in the case of Spotify and Deezer it must be a premium account. Google Home is now even compatible with Apple's streaming service Apple Music.

When setting up, you can link Spotify, Google Play Music and Deezer directly. There are even more services to choose from later. Image: © Screenshot Google / 2017

Depending on whether you are already a customer of one of the music services or want to use the test phase, you can now link a corresponding account. The link is not mandatory and can also be carried out later.

After you've typed your way through these points, which is pretty quick in practice, you can complete the setup and then use Google Nest.

After completing the setup, you can use Google Home or modify it further via the app. Image: © Screenshot Google / 2017