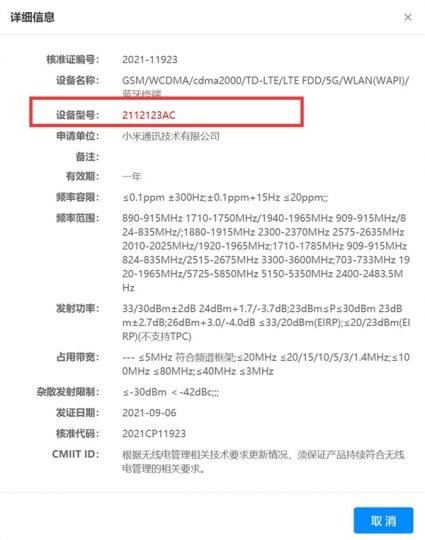 Xiaomi continues to develop new smartphones quietly. After launching its latest Xiaomi CIVI , the company seems to be finalizing preparations for the debut of a mysterious terminal equipped with the powerful Snapdragon 870 .

This is how they reveal it to us from MyDrivers , where they have discovered a new certification obtained by Xiaomi in China and which details certain aspects of this new smartphone that we will probably see debut on the market in the coming months.

Another member of the upper-middle range of Xiaomi

In detail, this mysterious smartphone has been certified under the model number 2112123AC , making it clear that at least for the moment it will be a terminal, only for the Chinese market, by considering the letter "C" at the end of its nomenclature.

In addition to its model number, we also know that the Snadpragon 870 will be equipped inside it , the same processor that we have already seen in other terminals such as the POCO F3 and that it has nothing to envy to other higher-end processors.

Of the rest, little is known about this new smartphone. So we could be facing the renewal of some already known range or even before a totally new smartphone like the surprising Xiaomi CIVI that has not left anyone indifferent.