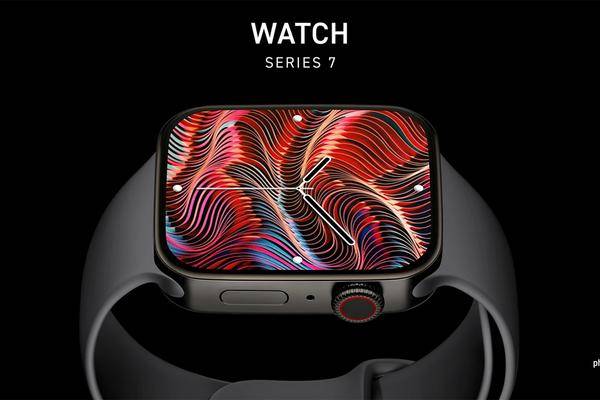 The Apple Watch Series 7 should come with a fresh design – and new render images give a first impression before the release. Eye-catcher: the flat display of the smartwatch, which is thus based on Apple's current design language.

The PhoneArena site has made corresponding render images of the Apple Watch Series 7. After Apple has made comparatively little changes to the look of its smart watch in recent years, a new look seems to be arriving with the new generation. This becomes particularly clear when looking at the screen, which is no longer rounded, but flat – as with current Apple products.

Apple started with the iPad Pro in 2018, and the current iPhone 12 generation and the new iMac also have a flat screen. While Samsung in particular relied on so-called edge displays for its Galaxy smartphones for a long time, Apple decided in the opposite direction in 2018. Due to the flat display, the edges of the Apple Watch Series 7 should appear narrower. The presumably slightly larger display should further reinforce the impression. The Apple Watch Series 7 should appear in sizes 41 and 45 millimeters, each 1 millimeter larger than currently.

When exactly Apple will introduce the Series 7 is still unclear. The new Apple Watch generation usually celebrates its premiere together with new iPhones – and they are usually presented in September . According to current rumors, the release could be due in mid-September. However, Apple has not yet officially invited to a keynote.