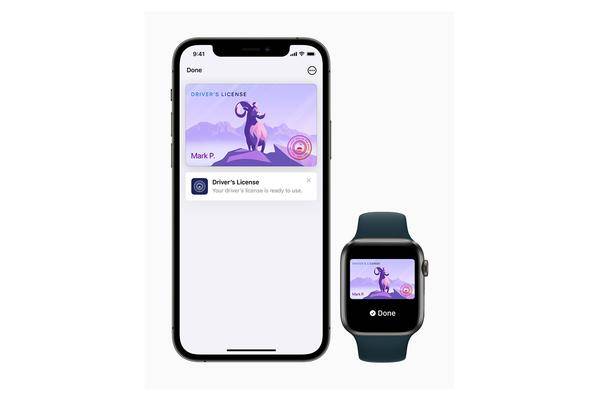 Arizona and Georgia will be the first two US states to roll out the digital driver's license on the iPhone, Apple writes in a press release . This is followed by other states: Connecticut, Iowa, Kentucky, Maryland, Oklahoma, and Utah. The driving license is simply added via the wallet app and can be presented digitally on the iPhone or Apple Watch. At the start, for example at checkpoints at airports, this option is to be expanded at a later point in time.

Adding a driver's license is as easy as adding a credit card: the driver's license is positioned on a smooth surface, captured by the iPhone camera and saved on the end device. If an Apple Watch is connected to the iPhone, the driver's license can also be transferred directly to the Smartwatch. In addition, a selfie must be taken, which will be used by the responsible state for verification. Similar to the face recognition Face ID, facial and head movements are also requested.

Apple promises the highest security standards: the customer's identity is encrypted and thus protected against manipulation and theft. Authentication via Face ID or Touch ID represents an additional level of security so that only the authorized person can show their ID.

It is not known whether and when Apple will also introduce the digital driver's license outside of the USA. Many German iPhone owners would certainly be happy about this convenient option.