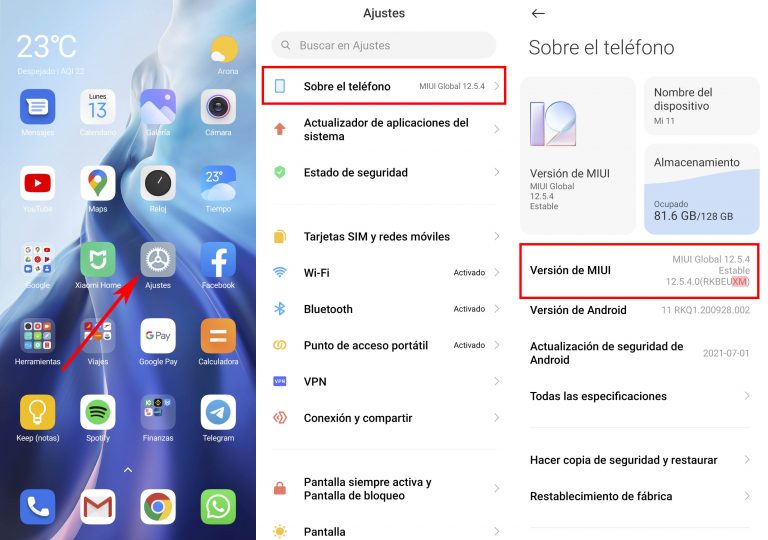 As many of you know, Xiaomi has different variants of MIUI . Among them we find the Global and European ROM , as well as China, each of them in order to comply with the different regulations and regional laws.

But it does not finish here. In addition, there are also other variants not developed by Xiaomi but by mobile operators , which usually customize the MIUI interface, as well as its internal settings for mobile coverage.

Unfortunately, these different ROMs developed by mobile operators (Telcel, Vodafone, etc.) do not usually follow the same Xiaomi deployment plan, taking their own pace or even being totally abandoned a few months after their launch.

How to know if your Xiaomi has an operator ROM

To find out if your Xiaomi, Redmi or POCO has an official MIUI ROM or instead, one developed by a mobile operator, we just have to go into its settings and check the MIUI version number . To do this, we will follow these steps:

Once we have located the MIUI version, it will be enough to look at the last two letters . These indicate the developer of the ROM:

In this way, if our version of MIUI ends in "XM" we can be sure that we have installed the official MIUI ROM developed by Xiaomi. On the other hand, if the last letters are different, the ROM is from an operator so we will not receive the official updates and it will be worth changing the ROM.