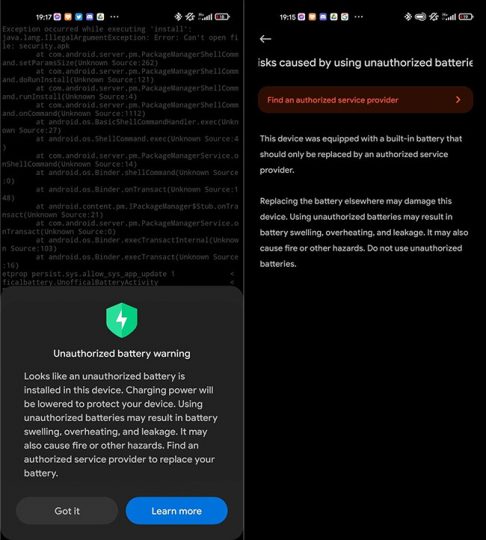 Xiaomi seems to follow in Apple's footsteps and even go further. As with the bitten apple system, MIUI will be able to detect if your Xiaomi has been repaired with a non-original battery , reducing the charging speed to a minimum .

They have also discovered it from XDA-Developers . Through the latest update of the Security application, Xiaomi has implemented a new warning message in MIUI that will jump us when it detects an unofficial battery.

Go through the box or you will have a slower load

The most common thing is that with the passage of time the batteries of the mobile phones lose their properties, reducing in turn their autonomy . Consequently, many of us tend to replace the battery of our Xiaomi, Redmi or POCO in services not authorized by Xiaomi or even, following a YouTube tutorial. If you do so, you will get a not pleasant surprise.

According to the latest research by XDA-Developers, the latest update of the Xiaomi Security app is capable of detecting on certain mobiles such as the Xiaomi Mi 9 , Mi 10 or Mi 10 Pro if it does not have a genuine battery, showing a message of on-screen warning and also reducing the loading speed .

Of course, at the moment this new measure has only been implemented in China , although it would not be surprising that with the passage of time it also ends up reaching other regions. Similarly, from Xiaomi they clarify that it is a measure that seeks our security , MIUI cannot guarantee that an unknown battery is capable of supporting a certain charging power without presenting a danger to the user.