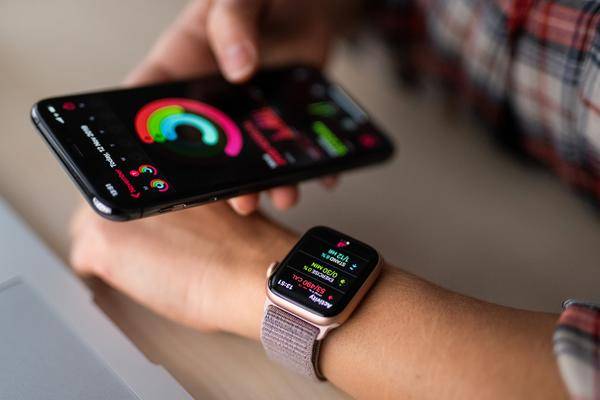 Apple is apparently working on a new smartwatch sensor that analyzes sweat. This can be found in a new patent. The combination of electrodes and counter is designed to inform wearers when they are dehydrated and should drink water.

The Patently Apple site reports on the new patent (via Android Authority ). The document states that Apple has been working on the new sensor for several years. The patent approval indicates that the development process is coming to an end and the dehydration alarm could be used in one of the upcoming Apple Watches.

Basically, there are many fitness trackers and health apps that encourage their users to drink. However, this tracking usually depends on the user manually recording how much they are drinking. The new Apple sensor, on the other hand, does this automatically.

The combination of electrodes and counter sits in the wristband of the smartwatch and analyzes the electrical conductivity of sweat. According to the patent, conclusions can be drawn about the content of electrolytes (minerals) in the body's excretion and possible dehydration can be identified.

From lifestyle product to health gadget

The 6th generation of the Apple Watch is already equipped with numerous sensors, detects falls and can create an ECG. The new dehydration sensor would be another step on the part of Apple to establish the smartwatch as a health gadget.

However, it is unlikely that the new sensor will be used in the next generation of wearables. There is usually a long time between the granting of a patent and the launch of a product. However, the Apple Watch 8 or 9 could be potential candidates for the premiere of the new technology.