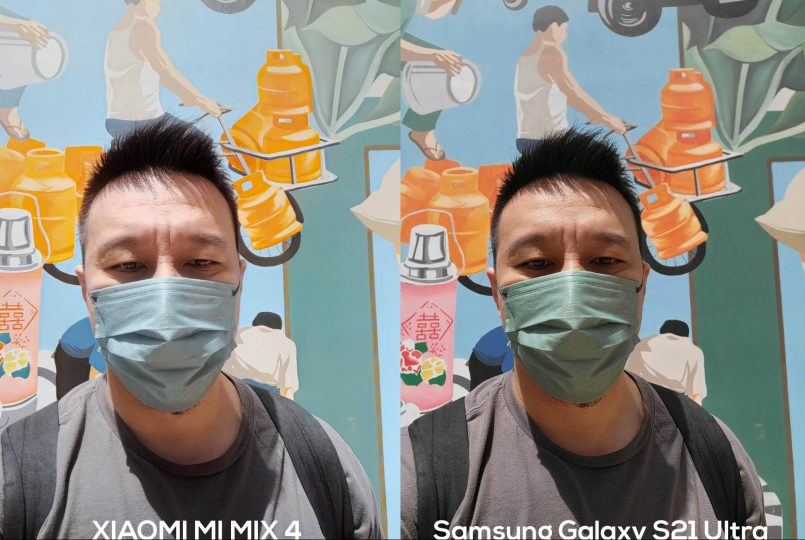 The Xiaomi Mi Mix 4 has begun to reach its first buyers and in this case, at the hands of the XDA-Developers team, which has given us an interesting comparison where we can see the quality of the "invisible" selfie camera that characterizes this terminal.

If we remember, the Xiaomi Mi Mix 4 is characterized by having an under-screen selfie camera. To achieve this, Xiaomi has introduced a special AMOLED panel capable of distributing its pixels in order to become invisible to a certain extent and thus let outside light through to the photographic sensor.

Unfortunately, this type of technology is still very new, reducing the final quality of the photograph , as Xiaomi has confirmed with its own words in one of its latest statements .

Next we will see various photographs taken with the selfie camera of the Xiaomi Mi Mix 4 and compared with the Samsung Galaxy S21 Ultra . As we can see, those of the Xiaomi terminal show much less precise focus and also not so vivid colors.

The same happens when the shots are taken in broad daylight, the Xiaomi Mi Mix 4 seems to cost too much to focus when the sun hits the camera directly.

Even so, as you can see, the quality is sufficient to make video calls and of course, take certain selfies sporadically . As Xiaomi said, it shows that it is not a terminal for those who regularly use the front camera of their smartphones.

You can see all the analysis in : XDA-Developers