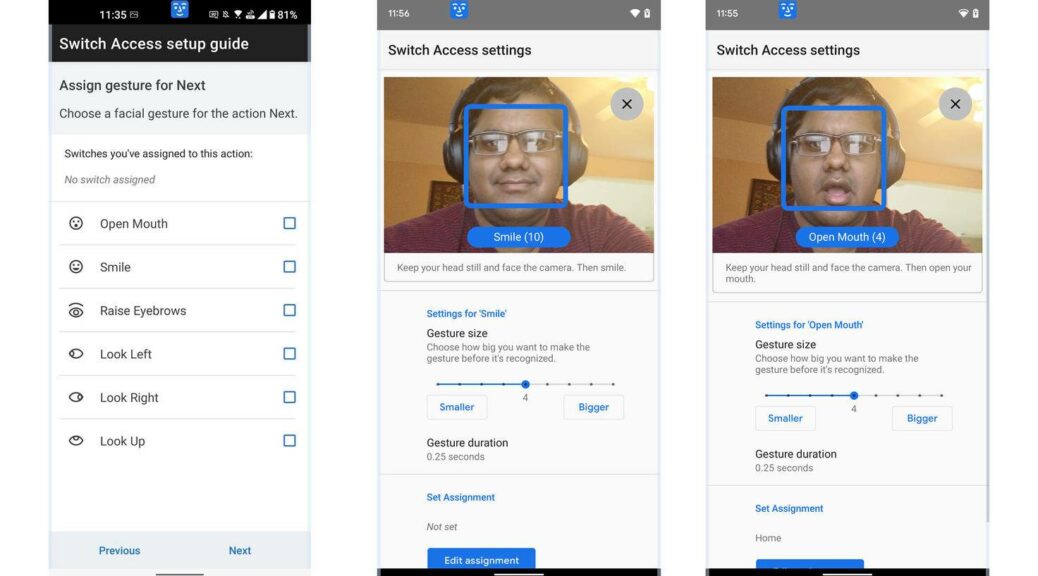 In the current beta of Android 12, which Google recently delivered for Pixel smartphones, the XDA Developers website found a new "camera switch" in the Android accessibility tools. So far there was only one USB and Bluetooth switch in the app. These switches allow users to control their smartphone with certain hardware without touch inputs.

With the new camera switch, additional hardware is no longer necessary and the smartphone can be controlled using different facial expressions of the user.

A handful of configurable gestures

So far, the camera switch only supports six facial expressions or gestures. These are:

The sensitivity of the gesture recognition and the duration of the gestures can be individually adjusted in the Android accessibility tools. The respective gestures can then be linked to actions that replace touch inputs. For example, it is possible to open the notification bar by opening their mouth or to return to the home screen by raising their eyebrows.

By combining the different gestures with actions, touch input on the smartphone can be largely replaced.

If you want to try out the new yesterday on a smartphone, you can get the current version of the app from APKMirror , for example.