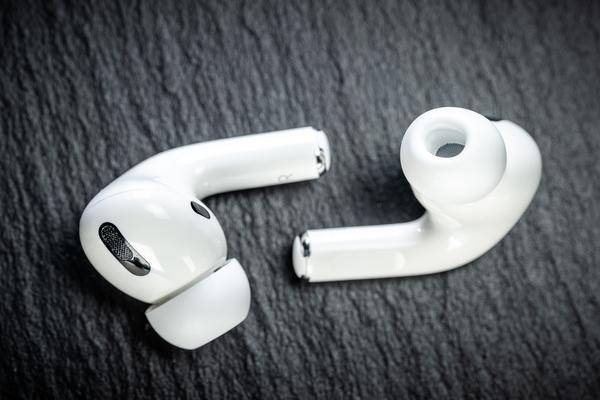 Apple is driving health tracking with wearables. According to a new report, researchers have succeeded in measuring people's breathing rate using AirPods – and quite precisely.

Apple has published a scientific article on its own website, Machine Learning Research , which deals with the measurement of respiratory rate. The paper is called "Estimating Respiratory Rate From Breath Audio Obtained Through Wearable Microphones". The aim of the research is to determine irregularities in breathing and to track cardiorespiarotor fitness – that is, to follow heart rhythm and breathing.

In one experiment, 21 individuals were asked to record their breathing before, during and after a strenuous training session using "near-field headphones with a microphone", or more precisely: with AirPods. However, it is not known which model of in-ear headphones was used in the experiment.

The data sets were annotated manually by marking audible inhalation and exhalation in the recordings. The researchers then fed the data into a neural network in order to determine the respiratory rates of the people.

Measurement results of the respiratory rate are "practicable"

The Apple researchers concluded that their breathing rate measurement system worked quite well. The scientists found a Concordance Correlation Coefficient (CCC) of 0.76 and a root mean square deviation (MSE) of 0.2. This shows that the estimation of the respiratory rate from audio data is a "workable" method.

Typically, respiratory rates are measured using thermistors, spirometers, or acoustic sensors, which provide more accurate data. However, these devices are quite uncomfortable to wear in everyday use, according to the scientific article.

Will the AirPods soon analyze our breathing?

The measurement of the breathing rate via the AirPods in combination with an evaluation via a neural network could therefore become a tried and tested means for athletes and health-conscious people in everyday life to track their performance or irregularities in their breathing.

It is currently uncertain whether Apple will make this feature available to AirPods users at some point. But if you consider that users can now record ECGs with the Apple Watch Series 6 , it is not at all unlikely that Apple will also expand the AirPods with features for health tracking.