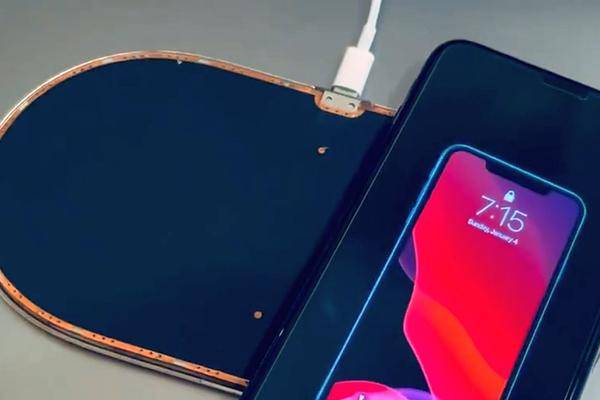 A short video shows a working prototype of the Apple AirPower charging pad in operation. For the first time, the animation that the iPhone displays when it is placed on the charging mat can be seen live. Apple discontinued AirPower in March 2019.

The animation has so far only been seen on Apple marketing materials. Giulio Zompetti's Twitter video shows her for the first time in real life:

This animation on the iPhone screen was intended to show the charge level of all devices on the AirPower pad. Zompetti collects Apple products and apparently somehow got hold of these prototypes. But there is no official confirmation that the device is authentic, even if the leaker had already published pictures of real prototypes in the past, as MacRumors writes. Unfortunately, Zompetti has not shared any further information on its AirPower model.

Apple is said to be still working on AirPower-like devices

Apple presented the AirPower charging mat together with the iPhone X in 2017. It should be able to wirelessly charge multiple devices such as iPhone, Apple Watch and AirPods at the same time. Contrary to the announcement, AirPower was not launched in 2018 and was then officially discontinued in March 2019. According to Bloomberg journalist Mark Gurman, Apple should continue to work on AirPower-like solutions, as Gurman writes on Bloomberg.

The actual successor to AirPower seems to be MagSafe . This allows accessories and chargers to be attached magnetically to the back of the iPhone 12.