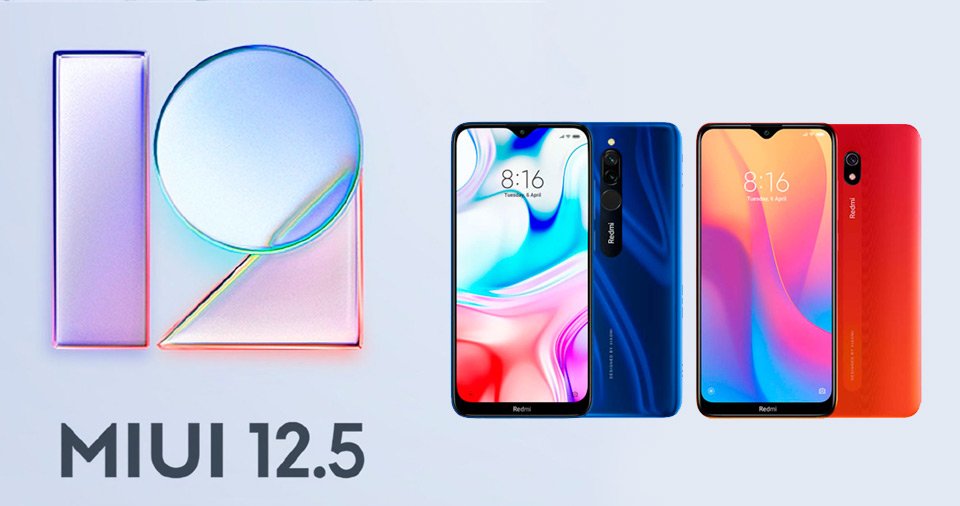 We recently told you that the European Global ROM of the Redmi Note 8 Pro was beginning to receive the MIUI 12.5 customization layer . Now two inexpensive and flagship Xiaomi devices are also starting to receive the long-awaited MIUI update. We are talking of course about the Redmi 8 and the Redmi 8A .

To be more specific, the Redmi 8A will receive the V12.5.1.0.QCPCNXM update and the Redmi 8 the V12.5.1.0.QCNCNXM update . The new version of MIUI will bring with it some new features, such as improvements in the autonomy and fluidity of the devices. Also, keeping a device up-to-date is important to prevent security breaches.

However, it should be noted that the update has only just started on the MIUI Chinese ROM . Therefore, we still have to wait a couple of weeks for the MIUI 12.5 customization layer to be available also in the Global and European ROM.

For now, remember that before installing a new version of MIUI on your device, it is convenient to make a backup . Similarly, it is recommended to fully charge the battery of the device so that you can download and install the update without problems. In fact, it is preferable to leave the mobile connected to the electrical outlet during this process.

It is expected that in the coming months all Xiaomi, Redmi and POCO devices will have MIUI version 12.5. Meanwhile, the update will continue to arrive step by step in more and more terminals of the brand.