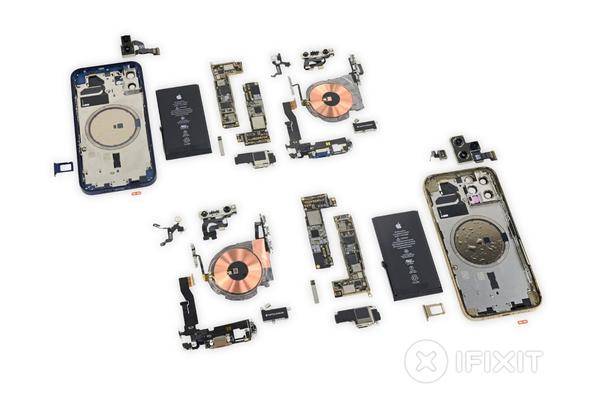 According to a new report, Apple plans to install smaller components in iPhones, iPads and MacBooks in the future. The manufacturer would like to gain space for larger batteries. With so-called integrated passive components, new chips should become even thinner.

The battery life of Apple devices should improve in the future despite their slim design. As DigiTimes (via Macrumors ) reports, Apple is planning to "significantly increase" the use of so-called "IPDs" ("Integrated Passive Devices") for peripheral chips in its own products. Apple's manufacturing partners TSMC and Ankor would also benefit financially from this.

By using IPDs on peripheral chips, the thickness and area of the chips can be reduced. At the same time, there shouldn't be any loss of performance – on the contrary. Integrated passive components should even be able to increase the performance of the chips, writes Macrumors.

IPDs are electronic components such as resistors, capacitors or coils that are housed in a single housing or substrate. The company wants to use the space that Apple gains through the use of IPDs in its devices for larger batteries with higher capacities.

The DigiTimes report does not reveal exactly when the smaller chips will be used in iPhones, iPads and MacBooks. However, Apple is said to have already approved the mass production of IPDs by its manufacturing partner TSMC.

Chip shortage could delay the release of the iPhone 13

So far, Apple has not yet officially commented on a possible postponement. However, the company indicated last year that the new generation of iPhones might be delayed.