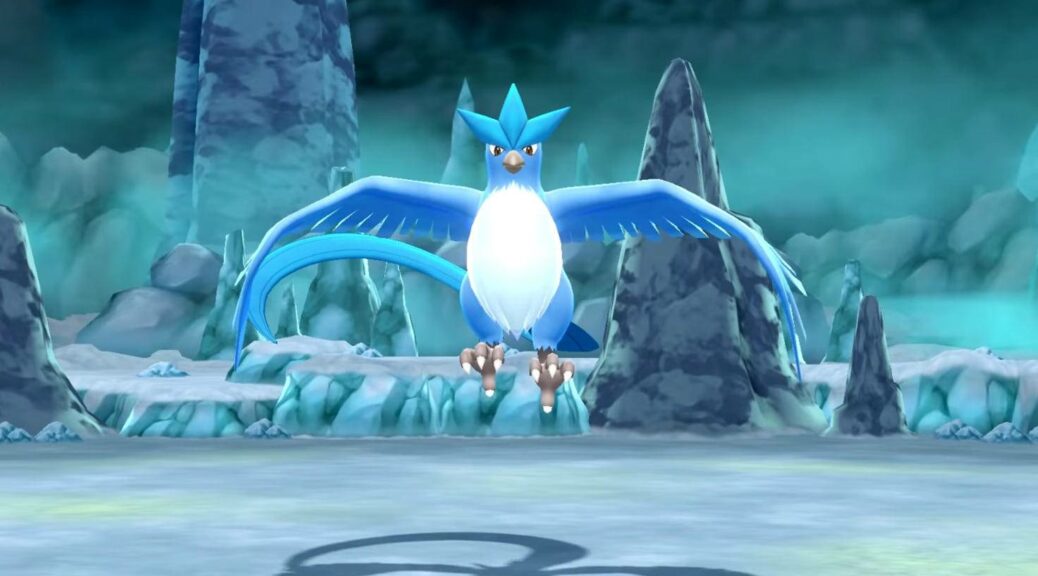 As in every Pokémon game, catching legendary Pokémon is also a highlight in "Pokémon Let's Go Pikachu & Eevee". You can read here how to catch Mewtwo and the legendary birds Arktos, Zapdos and Lavados and what special features you need to consider with Mew.

These legendary Pokémon are in "Pokémon Let's Go"

Since "Pokémon Let's Go" is a modern remake of "Pokémon Yellow Edition" and focuses on the first 151 monsters of the first generation, only the legendary Pokémon of this generation are in the game. These are the following five:

For connoisseurs: everything as always

For veterans of the "Pokémon" series, the locations of the legendary monsters are not surprising: They appear exactly where they were to be found in "Pokémon Red, Blue & Yellow".

Catching legendary Pokémon – you have to keep that in mind

Catching the legendary monsters works a bit differently than with standard Pokémon, which you simply throw berries and Poké Balls at them until they are caught. Once you've found a legendary Pokémon, you must first defeat it in battle. You have five minutes for this. Once you've defeated it, you can catch it by throwing Poké Balls. Prepare for a tough fight and a real test of patience!

This is how you catch Arktos

The legendary kingfisher Arktos is waiting for you in a cave on the Sea Foam Islands near Route 20. To get there, you need the secret techniques "wave spurt" and "bump", because you first have to travel over the water and then move stones in the cave. At the end of the cave you will find Arktos at level 50.

If you have caught Arktos, you can meet him again later in the game: he appears randomly in the wilderness – but only very rarely.

Tips for combat: Arktos is of the ice / flight type and is therefore weak against attacks of the fire, combat, stone and steel types. Fire, Ice, Steel, and Water-type Pokémon also take less damage from their ice attacks. Amonitas, Aerodactyl or Flamara are well suited.

How to catch Zapdos

Thunderbird Zapdos appropriately resides in the power station near route 10. You can only reach the building after you have unlocked the secret technology "wave spurt". Near the entrance to the rock tunnel you will see a river that you have to follow to get to the power plant. Cross the building and at the end you will face Zapdos on level 50.

You can also snap zapdos again after they have been caught for the first time: You rarely find it in the wild.

Tips for combat: As a flying electric Pokémon, Zapdos is particularly easy to defeat with Stone Pokémon. Georock, Geowaz or Onyx will serve you well here.

This is how you catch molasses

The third legendary bird-type Pokémon is still missing – Lavados, the firebird. You can find it in a place that you as an ambitious trainer have to visit anyway – in the cave system called "Siegesstraße", which leads you to the strong top four. On the second floor, look out for the policewoman, push away the block near her, climb down the ladder – and get ready to fight lavados at level 60!

If you have caught molasses, you can also very rarely hit it again in the wild.

Tips for combat: Similar to Zapdos, you can best defeat the Flying Fire Pokémon with stone-type monsters.

This is how you catch Mewtwo

Mewtwo is one of the most powerful Pokémon in the game. Image: © YouTube / Collector Togami 2018

Mewtwo is probably the most famous legendary Pokémon and whoever has played "Pokémon Red, Blue or Yellow" already knows where it is: The strong psycho monster can only be caught after you have made the top four and the Kanto champion defeated. After that, you can enter the Azuria Cave (also known as the Secret Dungeon) near Azuria City. At the end of the cave you confront the very strong monster at level 70.

Tips for the fight: In order to defeat Mewtwo, you ideally use a Ghost Pokémon like Gengar, which can handle attacks of the dark type – this way you cause maximum damage to the Psycho-Pokémon and at the same time take little damage of your own.

This is how you catch Mew

Bad news: You can't catch Mewtwo's little brother Mew directly in "Pokémon Let's Go". The Pokémon is only available as a bonus with the Poké Ball Plus controller, which you have to buy as an accessory to the game. But if you buy the controller, you will definitely get the legendary monster and you don't even have to fight or capture it.