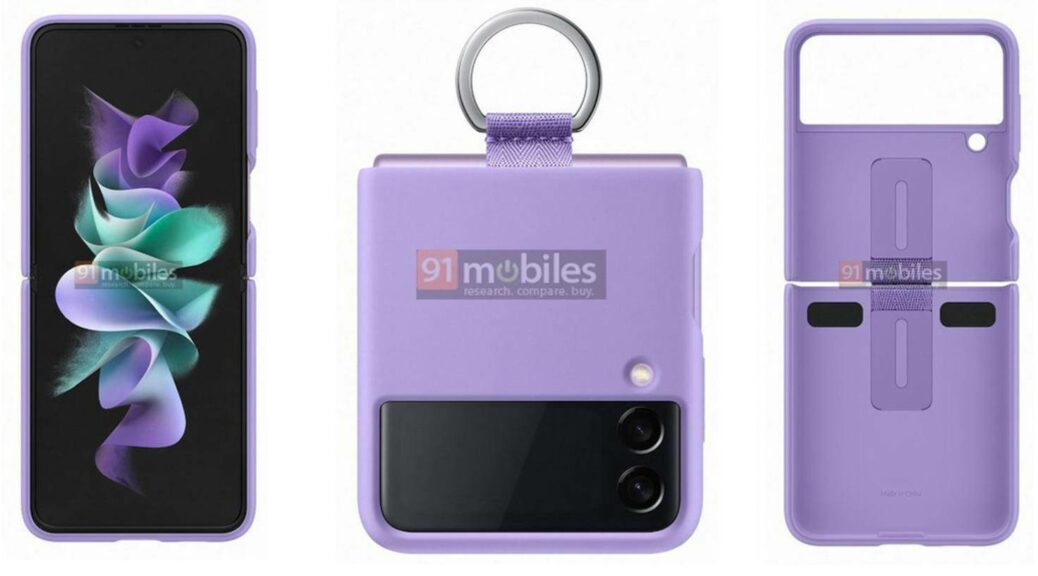 For the Samsung Galaxy Z Flip 3, Samsung has apparently come up with fresh case designs that match the form factor of the foldable smartphone. There is also new information about the loading speed.

Because foldable smartphones are still a fairly new phenomenon, it's especially exciting to see how manufacturers solve certain everyday problems that arise from the form factor. This becomes clear in the recently leaked pictures of the new protective covers of the Samsung Galaxy Z Flip 3. As can be seen in the pictures published by 91mobiles, Samsung has come up with some exciting designs this time.

Noteworthy, among other things, is a purple protective case, which apparently consists of two parts that are connected with a fabric strap. The fabric strap runs over the folding hinge of the smartphone and ensures that the case is flexible enough to fold with it. There also appears to be a key ring on the fabric strap.

Another case is equipped with a much wider fabric band, which gives the whole thing a very sporty look. There is also a tab on the tape, the function of which is not apparent from the pictures.

For its previous folding smartphones, Samsung had only offered two-part cases in which the folding hinge itself was not protected. The new designs apparently represent an attempt to finally meet the new form factor of foldable smartphones with more practical protective covers.

Another leak from SamMobile also revealed that the Galaxy Z Flip 3 can apparently be charged with an output of up to 25 watts. This corresponds to the status of other current smartphones from the manufacturer, but is far from the top values that Chinese manufacturers such as Oppo or Xiaomi partially achieve. However, the Galaxy Z Flip 3's scope of delivery could only contain a 15-watt power adapter to charge the 3300 mAh battery.

The Samsung Galaxy Z Flip 3 is to be officially presented together with the Galaxy Z Fold 3 on August 11th .