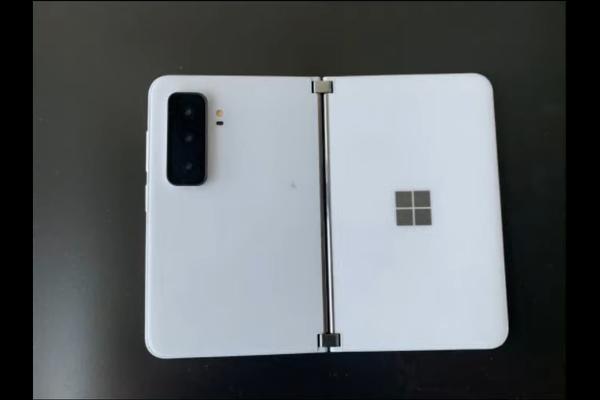 The Microsoft Surface Duo 2 has shown itself on some unofficial photos. You can see the backs of a white and a black model. Compared to its predecessor, the triple camera is particularly striking. It shouldn't be long before it is published.

The Surface Duo 2 is expected to hit the market as early as September or October. Like its predecessor, the smartphone has two displays that are connected to one another via a hinge. This is especially useful for multitasking with several apps. The camera dome, which protrudes quite clearly from the back of one of the halves, is noticeable in leaked photos. The photos first appeared on the Tech Rat YouTube channel and, according to Windows Central, show a nearly finished prototype. The design could change a bit, which should be the case especially with the camera dome.

In addition to the main camera, there should be a lens for ultra-wide-angle and one for telephoto recordings. The fingerprint reader will apparently be housed in the power button on the right-hand side and the USB-C port is there on the underside. In contrast to its predecessor , which already had an outdated processor on board when it was released, the Surface Duo 2 is expected to be equipped with a current Snapdragon 888 including a 5G modem and NFC chip.