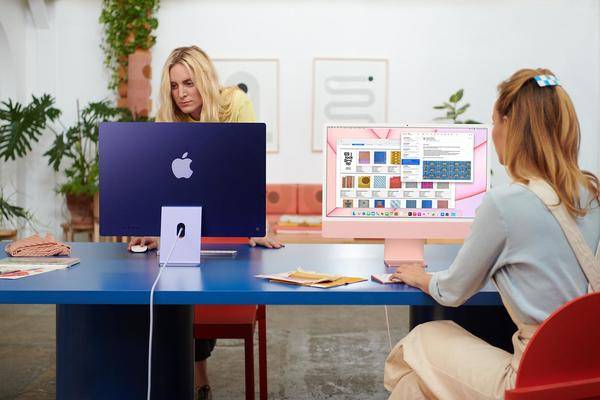 in the next few years

Apple allegedly wants to equip iMacs and MacBooks with Face ID in the next few years. Ultimately, all Apple products should receive the sensors for face recognition.

All iPhones, iPads and Macs should eventually be shipped with Face ID sensors. At least that's what Bloomberg journalist Mark Gurman believes via MacRumors. In the paid Q&A of his "Power On" newsletter , Gurman writes that Face ID can not only be used for data security like the Touch ID fingerprint sensor, but also for augmented reality. The sensors recognize the user's face and this can be integrated into a virtual environment.

Cheaper Apple devices will initially continue to have Touch ID

The "next few years" are first of all Macs with Face ID. Initially, the Touch ID fingerprint sensor will remain the security solution of choice for affordable Apple devices – including the iPhone SE series to the iPad Air series. Finally, Apple could get rid of the "notch", the notch in the display above, by placing the Face ID sensors directly on the respective screen.

Face ID sensors on the screen from 2023?

According to the analyst Ming-Chi Kuo, an iPhone with Face ID sensors directly in the display should come onto the market as early as 2023. The current 24-inch iMac is said to have originally been intended for Face ID, but this has been postponed for a future Mac redesign, according to Gurman. Apple is currently working on a new 27-inch iMac with a stronger M2X chip. However, this should still do without Face ID.