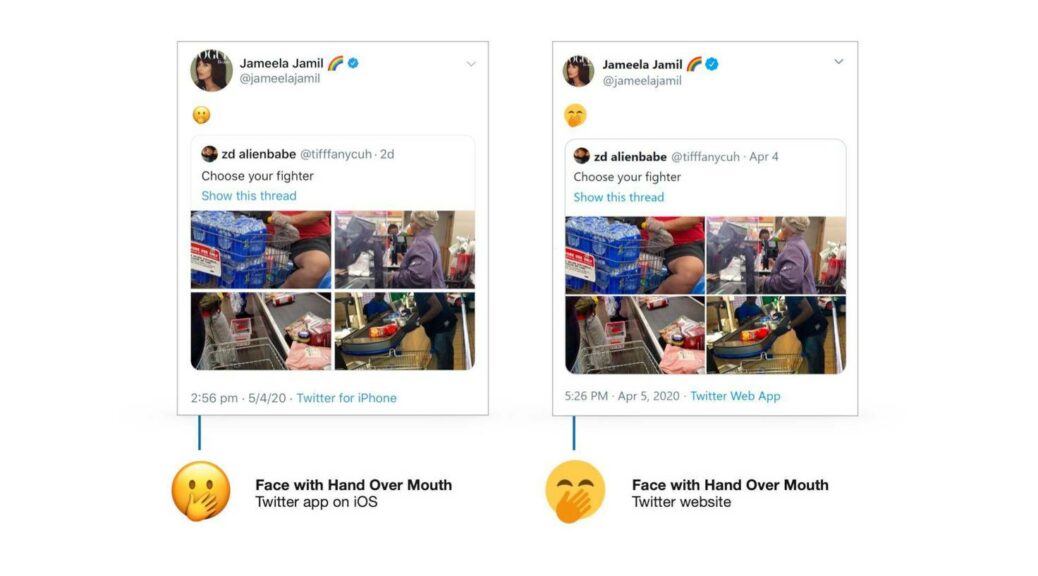 Shortly before World Emoji Day on July 17th, Emojipedia gave an outlook on the upcoming new emoticons. There are new faces, more choice in skin tones and the correction of a smiley that repeatedly causes misunderstandings.

Since emojis have become an integral part of messenger communication, they have also been updated regularly. The non-profit Unicode consortium, which sets the international standard for the digital code of the emoticons, decides on new faces and symbols. A total of 37 new emojis for Unicode 14 are planned this time.

There are, for example, a melting smiley, a troll and a pregnant person to complement the pregnant woman in order to integrate transgender men and non-binary people. The emoticons shown in this article are only a draft of the Emojipedia , the final version of the symbols will look different and also differ from operating system to operating system.

Exactly these differences cause misunderstandings every now and then. The smiley face with open eyes and hand over mouth looks like he's laughing on most platforms. In iOS, on the other hand, the face looks scared, which can lead to confusion – as Emojipedia shows in this tweet.

The smiley looks scared on iOS (left). On all other platforms, however, the face is smiling (right). Image: © Emojipedia 2021

In the future, both options should be available on all platforms, according to a Unicode document . Under Android and iOS there will be the smiley face with laughing eyes and hand in front of the mouth as well as the smiley face with frightened eyes and hand in front of the mouth. The final Unicode 14 should be set on September 14th. However, the new faces will only appear on your smartphone when the manufacturer and app developer integrate the new code and roll out appropriate updates.