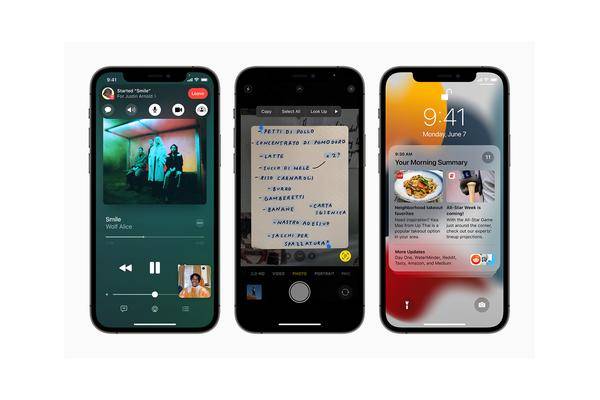 Apple presented the new features of iOS 15 at WWDC 2021 and published a first developer beta – the public beta is now also available for all users to download.

Owners of compatible iPhones can download the public beta of iOS 15 free of charge after registering on an Apple website. Then only the beta certificate has to be loaded onto the iPhone so that it can be downloaded directly over-the-air, like the latest beta version. However, beta versions are software that are not intended for productive use and are more suitable for users who are keen to experiment. Bugs, performance problems and a lack of compatibility can certainly occur in beta versions.

Above all, iOS 15 brings an improved FaceTime app, which friends can use to enjoy films or other content together. In addition, non-Apple users can also be invited to a FaceTime conversation via a link. Furthermore, the new operating system improves the management of the notifications, whereby these can still be filtered in the future – depending on the selected status ("focus"). There are further improvements in Apple Maps, Safari or in the Photos app.

If you want to try out the new functions in advance, you can do so now. If you prefer to wait until the final and stable release, you have to be patient: As usual, the release is planned for September – together with the new iPhone 13.