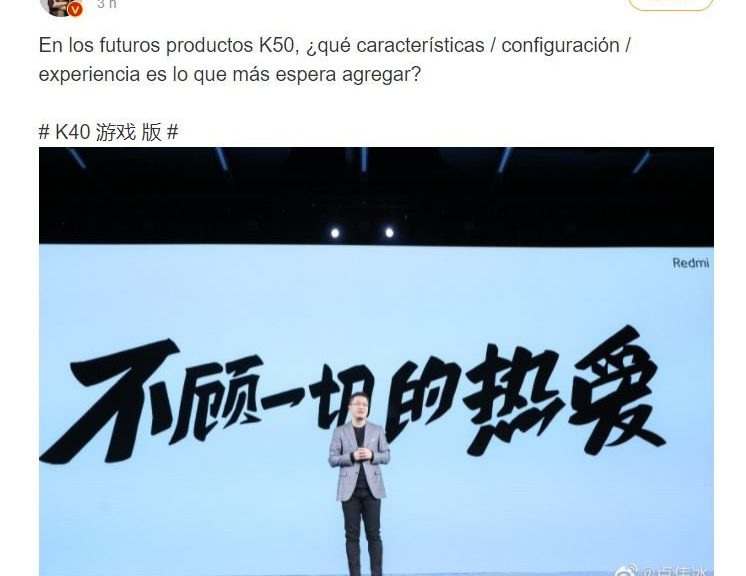 Redmi K40, K40 Pro, K40 Pro + or K40 Gaming Edition , are some of the smartphones that have made up Xiaomi's Redmi K40 Series and that could soon be renewed with a new generation; The Redmi K50 .

So at least Lu Weibing, CEO of Redmi, has dropped it, who through Weibo has named the Redmi K50 for the first time, asking his followers what they would like this new generation to include .

With this, Xiaomi starts the countdown to the arrival of the Redmi K50 Series. Let's not forget that on previous occasions, similar statements have triggered the arrival of the first details , either through leaks, certifications or official information.

In the same way that Lu Weibing has asked, his followers have answered in a concise way. In general, many agree that the Redmi K50 Series should improve in the fast charging section, as well as in a greater memory capacity .

In addition, a large number of users agree that this new generation should bring with it certain improvements in heat dissipation level , thus improving performance and therefore avoiding future heating problems.

In the same way, it is very likely that we still have quite a few months left until we officially know the new Redmi K50. Although well … you know how Xiaomi works and its accelerated rate of renewal.