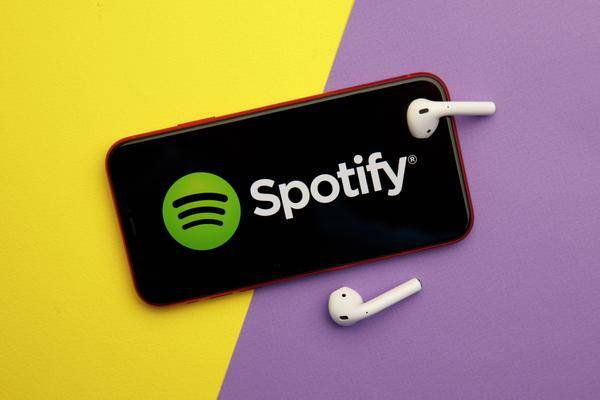 In February 2021, Spotify announced the launch of Spotify HiFi. The offer should appear in the second half of the year and allow music streaming in CD quality on Spotify. Here's everything we know about the new offering.

Later than most of its competitors, Spotify now also wants to delight music lovers with a range of hi-res sounds. Billie Eilish and Finneas are the figureheads who, when announcing Spotify HiFi, emphasized how important it is to them that listeners can hear the last details of their music. Does Spotify HiFi live up to these high standards?

Spotify has not yet released hard facts. In the official announcement , the company only speaks of "CD quality music" and a "lossless audio format". Competitor Deezer, for example, offers streaming in FLAC format (Free Losless Audio Codec) at a bit rate of 1.4112 Mbit / sec, thereby delivering on the promise of CD quality. Spotify HiFi will also offer at least this quality. As WhatHiFi reports, 1.4112 Mbit / s was also the data rate available to Spotify Premium users in a first HiFi test run in 2017.

However, Tidal, Quobuz, Apple Music and Amazon Music HD also offer music with higher bit rates. So here is the question of how Spotify will position itself.

Yes. Spotify already confirmed this during the announcement in February .

How much does Spotify HiFi cost?

The company has not yet announced the exact details. However, since the competition is also asking Hi-Res fans to pay for it, Spotify could also charge an extra fee. With the competition, subscriptions with higher audio quality are between 10 and 20 euros per month.

On the other hand, Spotify announced a change to the terms of use in Germany in May, as reported by T3N. This also includes more flexible pricing. In other European countries, the music service has already increased its prices by around 1 euro. This could indicate that there are no additional costs for the hi-fi offer, but that the company is compensating for the new service with a general price increase. This is also supported by the fact that competitor Apple is making its Hi-Res audio catalog available to paying subscribers at no additional charge.

When is Spotify HiFi coming?

There is no official start date yet. So far, Spotify has only announced the second half of 2021 as a rough period. The hi-fi range will only be available in selected markets at the start. It is unclear whether Germany, Switzerland and Austria are included.

One thought on “Spotify HiFi: We know that about the new offer”