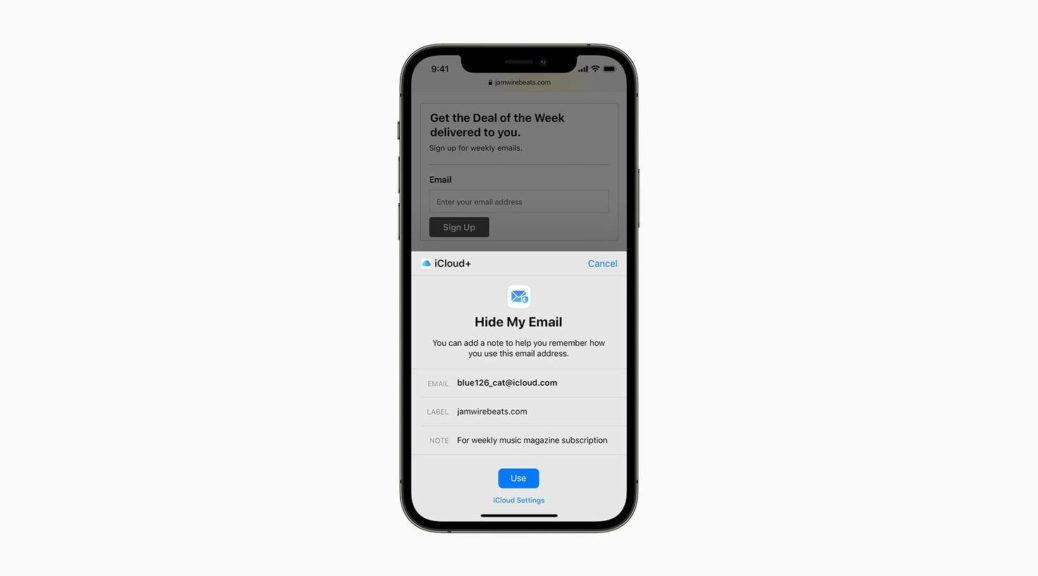 In addition to iOS 15, Apple also announced the new iCloud + service at WWDC 2021. Apple is making the cloud even more secure and versatile. We'll reveal which new functions iCloud + will bring and whether the price will change for existing users.

Apple users can save their backups, upload photos or save other files in iCloud – conveniently and reliably in Apple's data cloud. There is 5 GB of free storage space for each user. If you need more, you will be asked to pay.

Now Apple has announced the rollout of iCloud + for the third quarter, a continuation of the existing service. The good news first: If you already pay for iCloud, you will no longer pay with iCloud +. The prices remain stable. In return, iCloud + subscribers will get significantly more for their money in the future.

Private Relay is a service that is comparable to using a VPN. In other words: surfing the net becomes safer because your online identity is specially protected. To do this, iCloud + encrypts the outgoing data traffic of your iPhone. As a result, you have more privacy when surfing, which means that even Internet providers, authorities or other bodies cannot track your online activities.

All user inquiries are sent through two separate Internet relays, with the first giving the user an anonymous IP address that is assigned to a region but not to the actual location. The second relay decrypts the website and forwards it to the actual destination.

In practice, your data traffic could be tapped by malicious attacks. However, since this data is encrypted, the attacker would have to decrypt it first – and that should be difficult to do. It is not yet known what level of encryption Apple is planning for iCloud +. If you look at Apple's efforts in this area, however, the bar should be very high.

Hide my Email: Disposable emails in the fight against spam

Disposable email addresses at the push of a button. Image: © Apple 2021

Hiding the e-mail address has been possible for a long time, because the function is already integrated in "Sign in with Apple". With iCloud +, however, Apple is expanding this option: In the future, you will be able to generate unique and random e-mail addresses that will be forwarded to you if you do not want to reveal your correct e-mail address. The new feature is integrated directly into Safari and Mail and can also be accessed via the iCloud settings. There is no limit to the number of email addresses you can create. Very useful in the fight against spam.

Those who manage their surveillance cameras in HomeKit Secure Video can be pleased: with iCloud + users can integrate more cameras than before. You also benefit from consistently encrypted storage for video recordings that are not counted towards the iCloud storage quota. Detected objects and activities are analyzed and encrypted on your Apple devices before they are securely stored in the cloud.