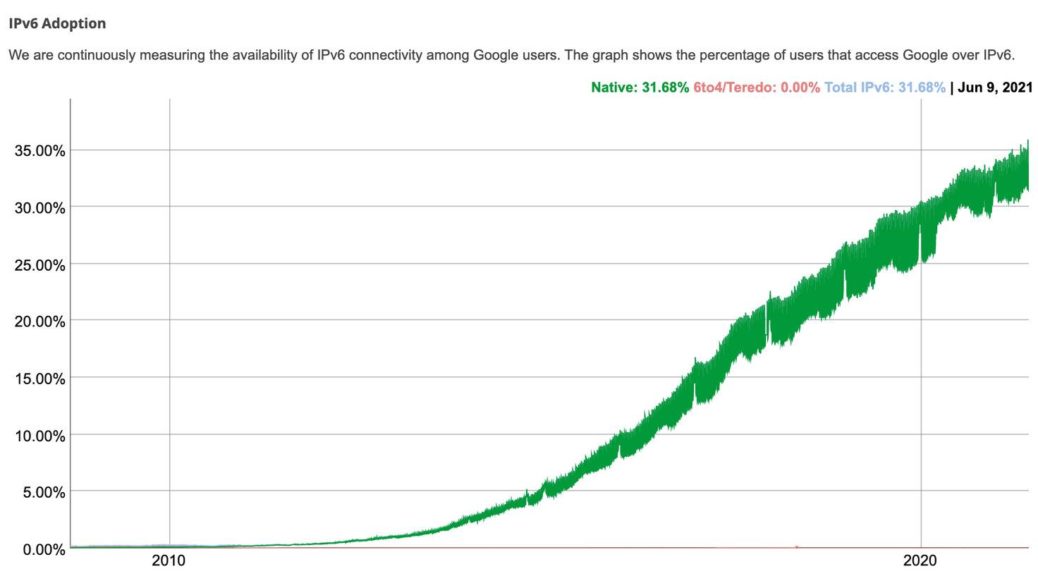 IPv6 is the successor to IPv4. Here you can find out the fundamental differences between the two Internet protocols. And whether newer is better.

"IP" stands for "Internet Protocol" in German. The following terms "v6" and "v4" stand for "Version 6" and "Version 4". Both standards ensure that every device connected to the Internet and every website can be assigned a unique address – the IP address. The standards are not compatible.

Why are there two versions?

An address under the IPv4 standard consists of a maximum of 32 bits or four digits separated by dots and comprising numbers between 0 and 255. This limitation results in a maximum available number of unique IP addresses – namely 4.3 billion.

In the 1990s, it became clear that the speed at which new devices and websites went online would eventually reach this limit. Accordingly, the Internet Engineering Task Force (IETF), which deals with the technical development of the Internet, came up with the new IPv6 standard. This has been official since 1998.

IPv6 offers 128-bit IP addresses that consist of eight digits and hexadecimal numbers that are delimited with colons instead of simple dots as in IPv4. Theoretically, 340 sextillion unique IP addresses can be generated in this way. Enough combination options to connect the last internet-enabled refrigerator to the network.

What can IPv6 do that IPv4 cannot do?

A key advantage of IPv6 is the automatic configuration of IP addresses, which an IPv6-capable device carries out independently. This eliminates the need for Network Address Translation (NAT), the translation of private and public IP addresses, which is carried out by a router in an IPv4 home network, for example.

IPv6-capable devices can also have several IP addresses at the same time and thus be connected to several networks in parallel. IPv6 also supports multicast addressing, with which, for example, multimedia streams can be sent to multiple destinations at the same time.

Is IPv6 faster than IPv4?

Theoretically, IPv6 should be faster than IPv4, since the NAT cycles mentioned above are no longer applicable. However, as the IT security blog Sucuri found out in a series of tests in 2016, IPv4 can easily keep up with IPv6 in practice. This is apparently due to the larger data packets that can be transmitted with IPv6 and the fact that IPv4 has been optimized for decades, while the implementation of IPv6 is progressing relatively slowly, as can be read on Avast's IT security blog.

In June 2021, the prevalence of IPv6 was around 35 percent among Google users worldwide. The search engine giant has been publishing relevant data since September 2008. In Germany, the prevalence is already around 52 percent.

Google has been publishing data on the spread of the IPv6 standard for 13 years. Image: © Google 2021

Is IPv6 more secure than IPv4?

End-to-end encryption is built into IPv6. In addition, additional security mechanisms are included to protect against hacker attacks and data theft. However, according to Avast, IPv4 networks can be protected with the same extensions. So by default, IPv6 is more secure. IPv4 networks can be properly maintained and configured, but work at the same level of security.

Does my device use IPv6?

You can check whether your device uses the new internet protocol on the website wieistmeineip.de.