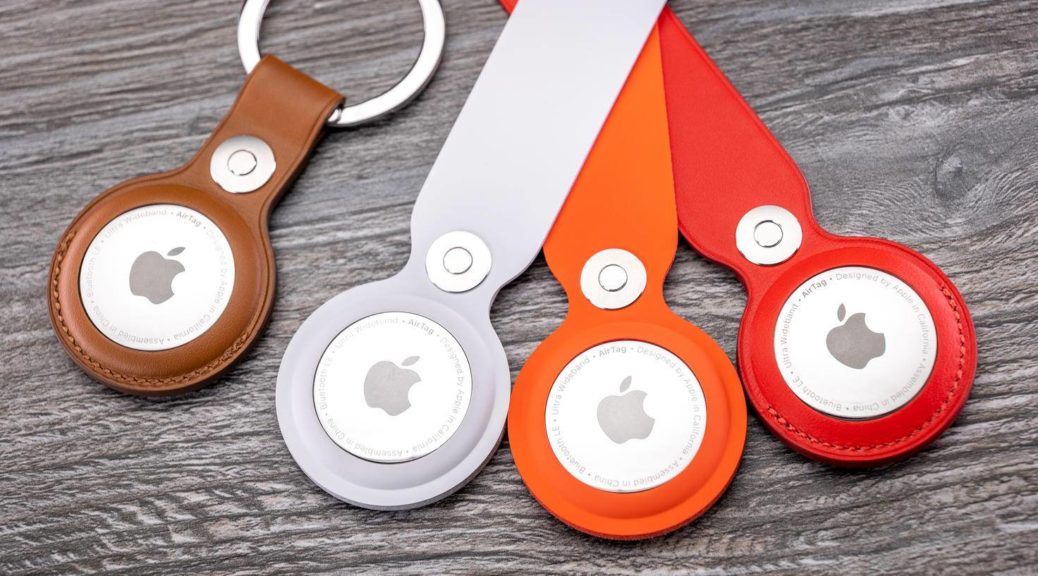 Smart Bluetooth trackers help to find lost or misplaced things. Apple recently started selling its AirTags, and the pioneer Tile has been on the market since 2012. AirTags vs. Tile: How do the trackers differ and which features do they offer?

AirTags from Apple and Tile devices are small radio transmitters. You can attach them to objects so that you can find them more quickly. They connect to smartphones via Bluetooth and can be located in this way. All trackers can play a tone so you know where to look. You can also check the respective app to see where the device you are looking for was last connected.

Tile was created in 2012 from a crowdfunding project. The US manufacturer offers several devices in different sizes and each with different features: Pro, Mate, Slim and Sticker. Apple introduced the AirTags at the end of April and has been selling the tracker since May. There is no choice, just this model.

Both Apple and Tile rely on Bluetooth Low Energy. The advantage: The technology requires little power and the battery therefore lasts a long time.

Apple does not reveal how large the range of the AirTags is. With Bluetooth, it is generally a maximum of around 120 meters. If there are obstacles such as walls in the way, it decreases. Tile provides precise information for its devices: stickers transmit up to 46 meters, Slim and Mate up to 61 meters and Pro up to 122 meters.

Apple has built two extras into its trackers: The integrated U1 chip enables the ultra-broadband technology UWB. It calculates the time that radio waves need between two devices. This increases the precision significantly. You can use it to locate a device with an accuracy of up to ten centimeters. This is not possible via Bluetooth alone. Thanks to UWB, iPhone owners from version 11 can easily navigate to their AirTag via the screen. Tile has already announced UWB but has not yet introduced it.

There is also an NFC antenna in Apple's AirTags: You can also use it to communicate with Android smartphones if they are lost. Their owners then see the stored telephone number. However, tiles aren't limited to one platform, they connect to iPhones and Android phones.

Compatibility and distribution of the tile tracker and the AirTag

You can only pair an Apple AirTag with the manufacturer's devices. The corresponding app also only runs on iPhone and iOS. Android phones can only use NFC to track down one of the trackers and share its location, but nothing more.

Tile takes a cross-platform approach: You can use the radio transmitters with iPhones or Android phones. Because the devices have been on the market for a long time, there are more users than Apple.

But there is a catch. Because only cell phones with the Tile app installed can find the tracker. Apple, on the other hand, is potentially using all iPhone owners to anonymously track down AirTags – regardless of whether they use radio transmitters or not. So the network of helpers is much larger.

Apple uses a round look for its AirTags. Picture:

The AirTag from Apple and the Tile Sticker are round. The other tile devices, on the other hand, look like square tiles.

If you want to attach the AirTag, you need a tag that you have to buy separately. The Tile models Pro and Mate, on the other hand, have a hole: You can simply tie them up with a string. Tile Sticker has an adhesive film on the back: this is how you attach it to the remote control, for example. The Slim is as thin as two credit cards and designed to be slipped into your wallet – so you don't need to attach it.

There are also differences in size and weight:

While the AirTag is only available in white, with the Tile Pro you can choose between black and white. The Tile Mate is white, Slim and Sticker are black. The tile trackers are also available as colorful special models.

Duration, water resistance and other functions

All trackers are equipped with batteries that should run for a long time: According to the manufacturer, they last for a year with the AirTag and Tile Pro and Mate. You can then replace the batteries. Tile Slim and Sticker have a built-in battery that lasts three years. After that, you can no longer use it.

All devices are insensitive to moisture. Apple's AirTag as well as Tile Pro and Mate are water-resistant. Tile Slim and Sticker, on the other hand, are completely waterproof.

In addition, the devices have different extra functions:

AirTag vs. Tile: What the trackers cost

All wireless devices are already available in stores:

Conclusion: This is the right Bluetooth tracker for you

Which variant is suitable for you is easy to answer: If you have an iPhone, get the AirTag. You can easily integrate it into your Apple universe. If you are an Android user, you can use the Tile models. You then have more choice.