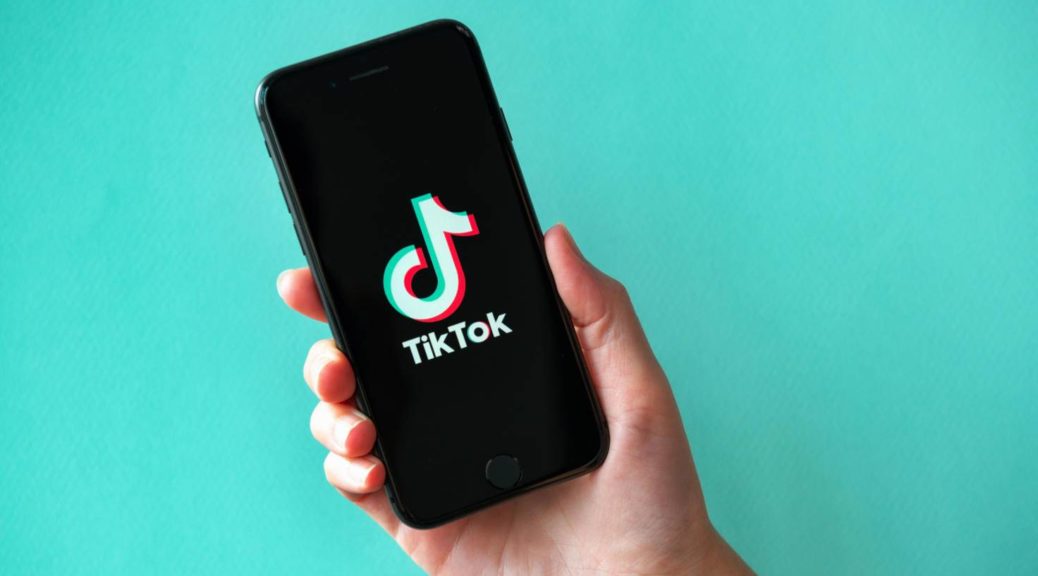 I am a feminist, I have a dog and I am interested in social structures. I find like-minded people for all of these topics on social media platforms. I feel heard, confirmed and strengthened by the same opinions from others over and over again – but that is exactly what made me unhappy in the end.

Social media is part of my job. I'm on the road as an editor and presenter, I'm in front of the camera for my own channel. I use Twitter , Instagram , YouTube and TikTok (as a consumer) every day, both privately and professionally. All of these platforms use algorithms that are responsible for what content I see and which is recommended to me. But that also means that they determine what I don't get to see. I notice this every day, but on TikTok in particular I felt the extent of such filter bubbles as on no other platform.

TikTok – more blatant than other platforms?

So the first thing you learn on TikTok is that users have an almost religious view of the algorithm. Many are almost obsessed with how the algorithm brings them together with like-minded people, true to the motto, "If TikTok brought you here, it means you are like me – an introverted, book-loving retro nerd". The platform creates a sense of community and thereby shapes the opinions and views of millions of teenagers and adults.

TikTok is one of the most heavily used social media platforms. Image: © bloomicon – stock.adobe.com 2021

TikTok offers a constant stream of news and information like no other platform currently does. Especially during the Black Live Matter protests in the USA, TikTok's algorithm shone and showed its advantages. You got an unfiltered glimpse of what was happening on the front line because the demonstrators published it roughly.

But that's only one side of the coin. The other shows how filter bubbles work. Depending on which political content I was interested in before the protests, I only saw the clips that were geared towards my opinion. In the end, this politicized the app and suddenly there were two sides, left and right. Black and white. And that's exactly the problem.

What TikTok did to me

For a long time I resisted the use of TikTok. "Too youthful, too mainstream and too much singing," I thought to myself at the time. At some point I downloaded the app, just "just to have a look" and was immediately hooked. The "just look" turned into hours in which I didn't get to see any singing or dance videos, but mainly "Harry Potter" content. That's exactly my thing, how did the algorithm find out so quickly? But at some point my entire feed consisted of clips about the romantic fantasies of young "Harry Potter" fans, almost all of whom were fanatical in worshiping Draco Malfoy. I didn't want to go there! The TikTok algorithm washed more and more absurd content to me until I had the feeling that I could no longer get out of this deep vortex.

None of that made me unhappy – I just feel more sympathy for Draco Malfoy now. By liking other TikTok videos, I managed to free myself from this vortex – to sink straight into the next one. My interest in feminism and social structures was nourished by TikTok.

With every video I saw, I wanted to throw my arms over my head and cheer because I felt so understood and empowered. "These are the people who think like me and they are all over the world," I thought. The sense of community that this created triggered real dopamine rushes in my brain and I couldn't get enough. Where's the next video that'll ruminate on my opinion?

On no other platform did I feel the filter bubble as clearly as on TikTok. Image: © Michael Reimann 2020

Suddenly I found myself in discussions quoting things that I had seen and heard on TikTok – without questioning them. "If so many people share this opinion, then there must be some truth in it," was my thought. What TikTok suggested to me became more and more extreme.

In the beginning it was about simple information about equality and how we can achieve it, at some point the content degenerated into downright hatred of men and the system. And I soaked up all the information like a sponge, only to throw it at family and friends in discussion. I was full of hate. Hatred of everything and everyone, but at some point especially of myself. The algorithm had managed to ensure that the filter bubble not only dominated my feed, but also my thoughts.

Nobody who hangs around on TikTok and Co. can defend themselves against social media algorithms. They analyze what content you like, share and comment on – so they will soon know exactly what type of person you are. Further content is suggested to you in exactly this direction and you are inevitably stuck in a filter bubble. Or maybe not?

The science journalist Rolf Degen regularly publishes summaries on research on the "filter bubble hypothesis" on Twitter. According to various studies, there does not seem to be such a strong subdivision within social networks. Many of the studies cited relate to political issues and are primarily aimed at Facebook.

Now I have to say, however, that a social network like Facebook works completely differently than, for example, TikTok. Facebook is based on community content such as groups – that means I have a certain power to decide which groups to join and which content I consequently get to see. Instead, TikTok automatically collects the content for me – based on the content with which I have interacted. That said, TikTok empowers itself to show me videos that I might like. Much more than Facebook, TikTok relies on putting me in a filter bubble, simply because of how it works.

Not every social media platform and its algorithm work the same. That is why I think it is perfectly natural that the filter bubble hypothesis sometimes applies more and sometimes less to a platform. In the case of TikTok, I've seen it myself, but it depends on how you use it.

How to burst filter bubbles

How does it always say so beautiful? You have to have media skills in order to move around in the new media. I have media skills, or at least that's what I thought. First of all, it means nothing other than to question critically, to be vigilant and to be able to classify things. Or, to put it more precisely: to be media literate, you need a high degree of rationality. But social media is not a rational place – it is a highly emotional area. For example, advertising only addresses the emotional level and if we're honest, social media platforms have degenerated into international billboards.

When I'm on social media for work, I've kept this rationality. In my free time I just want to feel entertained and switch off. I simply let my media skills drag because it's exhausting! Constantly vigilant, constantly questioning. With all the fake news and hacked information online, it is hardly possible to simply let it sprinkle.

After my TikTok crash, I initially banned TikTok for weeks. I realized that it made me unhappy and that I let the content influence me too much. Self-knowledge is known to be the first path to recovery and it has helped! In the meantime I use TikTok again, but only very rarely and when I do, then with a sharpened eye. I made it out of my filter bubble and I'm seeing mostly cute dog videos. And I think that's what matters: Social media is a great place to network, laugh, share and get to know each other. However, it should not be a place from which you can get all the information and let your views shape. Admittedly, a pretty difficult undertaking, considering the opinions of thousands upon your ears on social media.

I still believe that a lot has to be done before we reach, for example, complete equality. I want to continue to get upset about grievances, express my anger and take a stand, nothing speaks against it. I just don't want to hate anymore, because hate doesn't convince anyone of an idea. But above all, I want to see all the gray tones between black and white again.