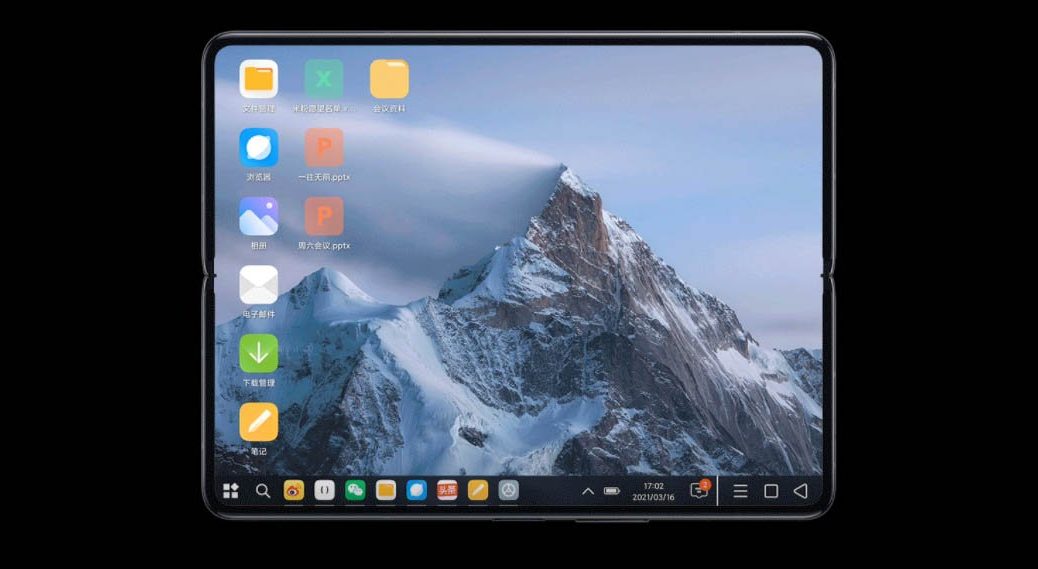 The Xiaomi Mi Mix Fold has been achieved in one of the most curious and ambitious Xiaomi smartphones, And no, we are not only talking about its folding mechanism or its double screen , but also about certain news at the software level that it has received through its latest update .

In itself, the Xiaomi Mi Mix Fold has been updated to the version of MIUI V12.0.10 , thereby receiving part of the MIUI features with which it was announced and other new ones that raise the experience of using its interface to a level.

Among these new features is the « PC « function, an adaptation of the MIUI interface that allows us to control the system as if it were a laptop , something like the interface that Apple itself adds to its iPad under the iPadOS system.

In addition, there is not everything, Xiaomi has also introduced other novelties such as "parallel windows ". This allows us to open several applications simultaneously, while enjoying complete freedom unlike the " split screen " function of MIUI.

Beyond this, the Xiaomi Mi Mix Fold has received other functionalities such as new gestures adapted to the size of its screen , as well as the 3D surround sound function that allow it to offer a great audio experience when consuming multimedia content.

It should be noted that this update has only been released for the Chinese ROM since at the moment the Xiaomi Mi Mix Fold has not left Xiaomi's home country. Hopefully throughout the year it ends up reaching other markets, although the risk of this is that its price will suffer a significant increase.