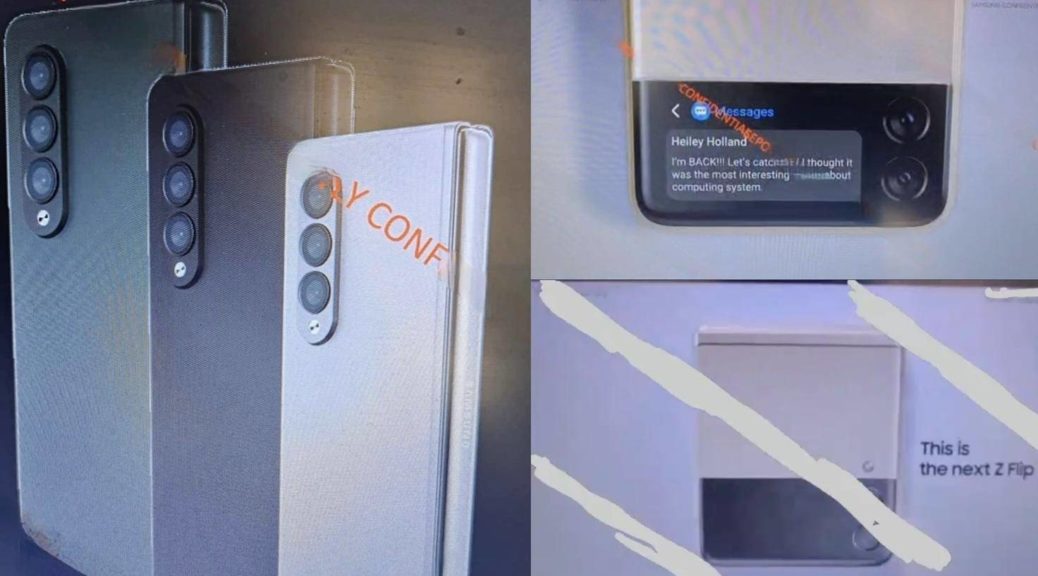 The Samsung Galaxy Z Fold 3 and the Galaxy Z Flip 3 have seen new pictures. These allegedly come from an internal Samsung presentation and also reveal some new features of the foldable smartphones.

Unfortunately, the leak images are of relatively poor quality. Nevertheless, they potentially allow conclusions to be drawn about the design and functions of the devices, provided they are authentic. Originally, the Polish Twitter user BuKarpiel distributed the images, then they were picked up by established leakers such as Ice Universe and Tron. They obviously think the pictures are authentic.

The Galaxy Z Flip 3 can be seen in the leak images (top right half) with a larger external display. Users can then read incoming messages. A dual camera can also be seen next to it. The outside should be wrapped in the stable Gorilla Glass Victus. Ross Young, the display supplier advises, believes that the flip models will be available in beige, black, dark blue, gray, green, light pink, light purple and white ( Twitter , via Notebookcheck ). According to Young, production should start in July.

Galaxy Z Fold 3 with camera under the display

The Galaxy Z Fold 3 should offer a selfie camera on the inside of the display. This does not mean the type of camera that can be found in a hole in the screen, rather "under-display cameras" cannot be seen from the outside. At least not at first sight. One of the pictures shows the Z Fold 3 with three cameras on the back in the colors silver, black and green. According to consultant Ross Young ( Twitter ), the Fold 3 will be launched in beige, black, green and silver. Production is scheduled to start in July.