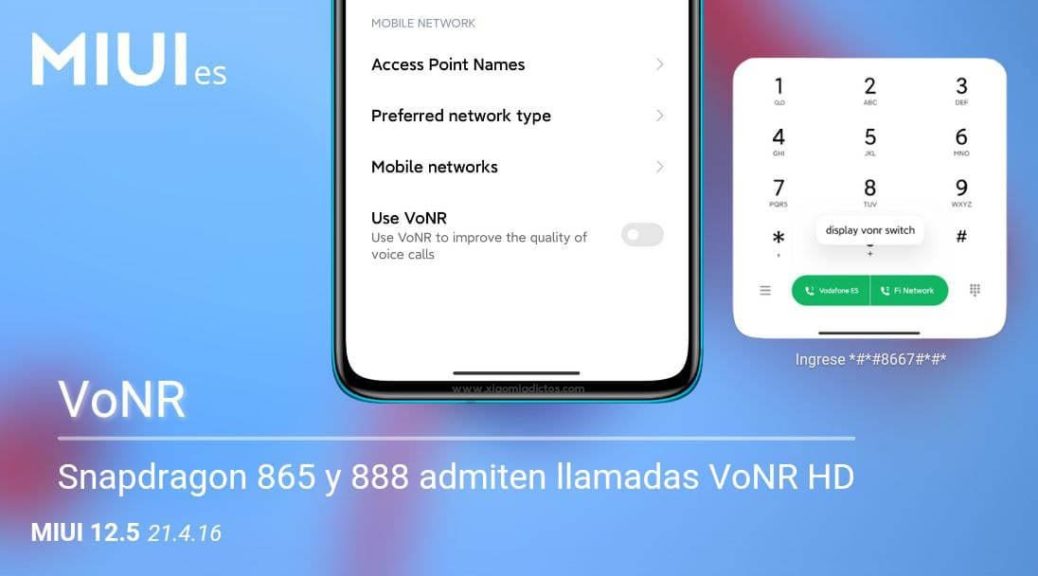 In recent years, telephone calls have evolved to offer high quality. To do this, Xiaomi integrates technologies such as VoIP or VoLTE into its devices, which are now joined by VoNR call technology .

VoNR stands for Voice Over New Radio , a voice and video solution that works under the 5G SA network infrastructure. Thanks to this, lower latency, better sound quality and also higher image quality are achieved.

In other words, VoNR technology is very similar to VoLTE, except that for data transmission it makes use of the 5G network, thus offering higher quality without interruptions . The best, that Xiaomi has already begun to implement this technology in MIUI.

As we anticipate from the MIUIes channel, Xiaomi has begun to implement VoNR calls through its latest version of MIUI for developers. In itself, this technology has appeared in the MIUI 12.5 beta, specifically for certain devices with Snapdragon 800 processors.

Although at the moment only engineers can debug this functionality through the developer version, it can also be opened manually by entering the code * # * # 8667 # * # * . After entering it, a new window will appear with the option to activate VoNR calls.

As we said, this functionality is only available at the moment through the latest MIUI 12.5 beta . That is why it will still take us a long time to see it reach the Stable version if not the Global version.