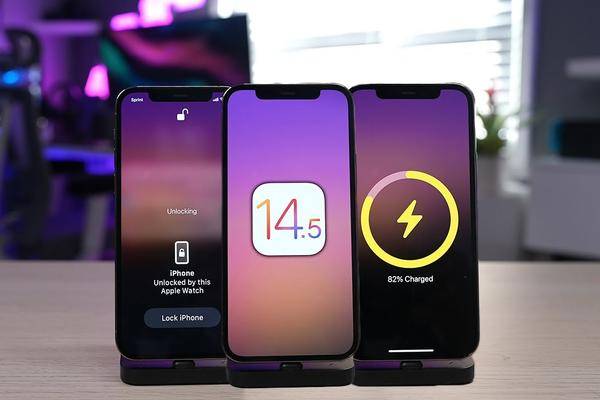 With iOS 14.5, Apple has released a comprehensive software update that brings new features to the iPhone. For example, iPhone users can use an Apple Watch to unlock their cell phone while wearing a mask. In addition, the tracking of apps and websites can be prevented in a more targeted manner.

Apple officially released the controversial iPhone update iOS 14.5 for download Monday evening, reports MacRumors . The update is particularly controversial among companies such as Facebook, which are coming under pressure from the improved tracking protection and see their business model at risk.

App tracking can be better controlled

With the new ATT (App Tracking Transparency) framework, users can control which apps and websites are allowed to track their own activities, for example in order to display targeted advertising. What improves the protection of privacy for users creates uncertainty for advertisers.

Unlock iPhone with mask – thanks to Apple Watch

iOS 14.5 also brings a practical feature for everyday life: it is well known that Face ID face recognition has problems unlocking when a mask is worn. But if you have an Apple Watch that is protected by a code, you can unlock your iPhone even with the mask on. Further innovations concern the support for the Bluetooth tracker AirTags, which were presented last week.

All other innovations and bug fixes can be viewed directly on this Apple support page .