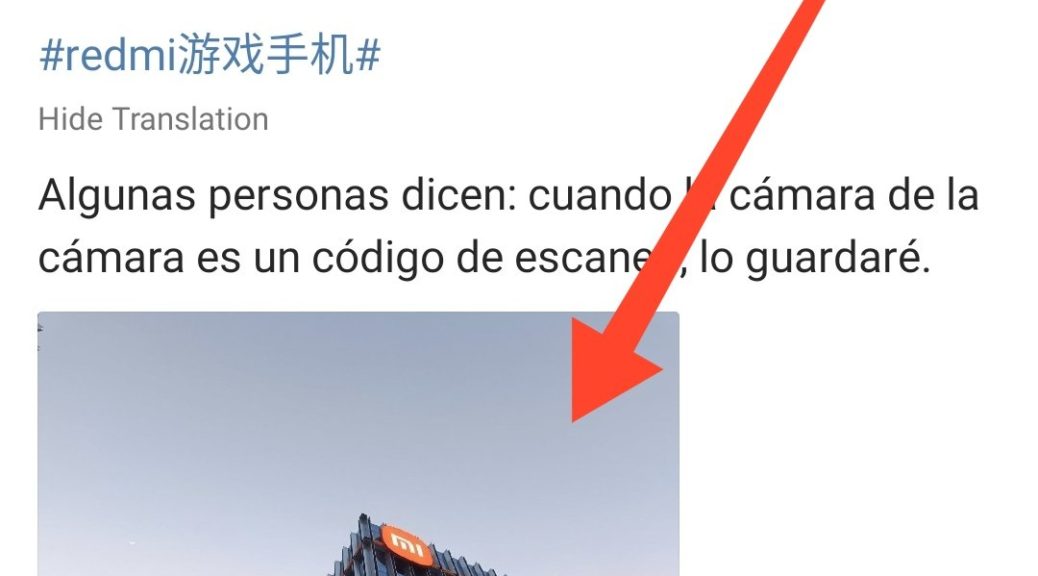 In the coming days Xiaomi will announce the arrival of its first gaming mobile under the Redmi brand. A new device for game lovers that will not only stand out for its great performance , but also for other aspects.

And, unlike what usually happens with this type of device, the Redmi gaming mobile will have quite complete and balanced characteristics , making it ideal not only for gamers, but for a wider range of users.

Lu Weibing has also dropped it, letting us see the first photograph taken from this long-awaited device . In it we can see the quality with which it will have, thereby affirming that it will not only stand out for its great performance.

Without going any further, rumors say that inside we will find a 64MP SONY IMX868 sensor , thus positioning itself at the height of other high-end terminals. Thus, we can not only have an ideal device to play, but also perfect for other tasks.

In this way, Xiaomi's strategy is glimpsed. Its first gaming smartphone, it seems, will arrive quite balanced , either in performance, photography and probably in terms of autonomy and battery capacity.

Recall that at the moment the exact debut date has not been confirmed, although it will be at the end of this month . In addition, it is expected that along with this gaming mobile will also present other accessories aimed at the same type of users.