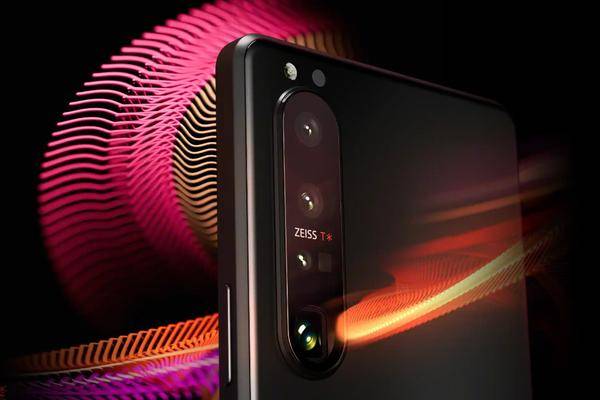 Sony has presented the new flagship smartphone Xperia 1 III. This would like to convince with high-end equipment including an innovative telephoto camera with a variable aperture value. Sony also presented the slightly stripped-down and smaller Xperia 5 III and the mid-range Xperia 10 III mobile phone.

The highlight of the Xperia 1 III is a 12 megapixel telephoto camera. This allows the focal length to be changed from 70 to 105 millimeters – in other words, an optical zoom in two stages with the same camera. Until now, two different cameras had to be used for two optical magnifications. Other than that, Sony also uses high-end technology. Including the 6.5-inch 4K HDR OLED display in 21: 9 format with a refresh rate of 120 Hertz.

In addition to DCI-P3, the display should even cover the large Rec. 2020 color space, so that all HDR films can be optimally displayed in terms of color. Whether that's true remains to be seen, after all, not even the best televisions can do that. In addition to the Snapdragon 888 flagship chip, Sony has installed the X1 for mobile image processor in the smartphone, which should further improve the quality of the HDR film presentation. 12 GB of RAM and 256 GB of expandable internal storage also testify to the high-end claim. There is again a headphone jack and connected headsets can benefit from the suppression of background noise.

DSEE Ultimate upgrades the quality of pieces of music and Hi-Res audio can also be played. In addition to the telephoto camera with variable aperture, there is a 12-megapixel main camera and a 12-megapixel camera for ultra-wide-angle shots. Finally, there is a 3D sensor for more precise portrait photos. The 4,500 mAh battery allows Fast Charging, Wireless Charging and it can charge other devices with Wireless Power Share.

The Xperia 1 III will be available in gray, black and purple in early summer.

The Xperia 5 III has a 6.1-inch HDR OLED display with a resolution of 2,560 x 1,080 pixels and a refresh rate of 120 Hertz. This display should also cover the HDR color spaces DCI-P3 and Rec. 2020. The technical equipment is largely the same as in the Xperia 1 III, but "only" 8 GB of RAM and 128 GB of expandable internal storage are offered. The Xperia 5 III lacks the 3D sensor. The battery has the same capacity of 4,500 mAh – but there is no wireless charging or wireless power share.

The Xperia 5 III will be available in pink, green and black in early summer.

The Xperia 10 III uses a 6-inch OLED display in 21: 9 format and a resolution of 2,520 x 1,080 pixels. The frame rate is only 60 Hertz, after all, 97 percent of the DCI-P3 color space relevant for HDR films is covered. There are three rear cameras: a 12-megapixel main camera, an 8-megapixel telephoto camera and an 8-megapixel camera for ultra-wide-angle shots.

The Xperia 10 III also comes with a headphone jack, and the high-resolution codecs LDAC and aptX HD are offered for Bluetooth, as with the flagships. The Snapdragon 690 5G serves as the processor, the RAM is 6 GB and the internal memory is 128 GB. This can be expanded via a microSD card. The battery has a capacity of 4,500 mAh and can be charged quickly via cable.

The Xperia 10 III will appear in early summer in black, white, blue and pink.

There is still no information on the prices of the new smartphones.