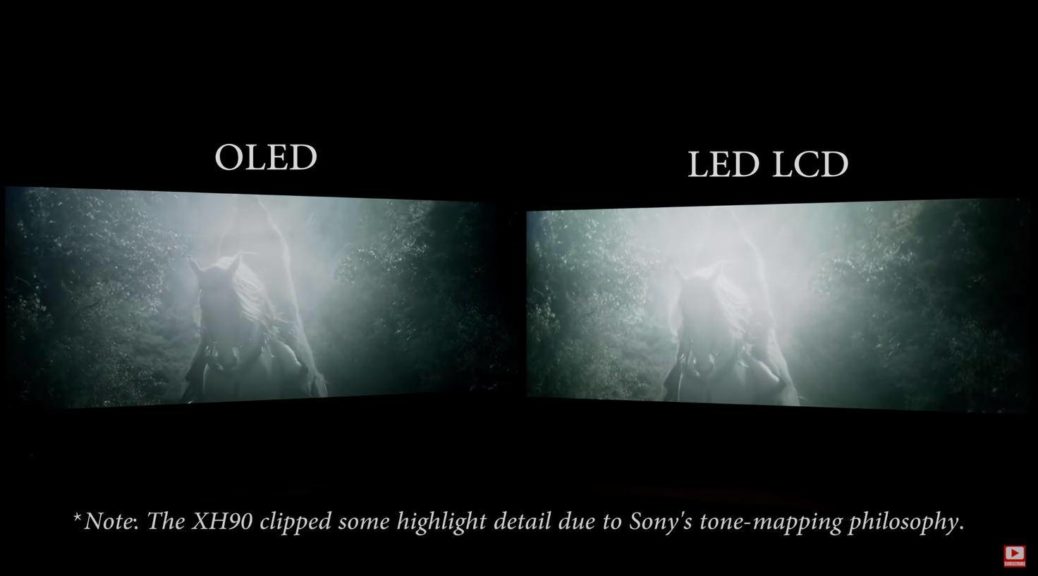 The best OLED TVs of 2021 like the Sony A90J and LG G1 wanted to make LCD TVs obsolete. The biggest OLED weakness should be a thing of the past – the low brightness. However, the first tests of the new OLEDs and the Neo QLED TVs from Samsung show, despite the OLED advances, that mini-LED TVs can hold their own with their own strengths.

The dark secret of OLED TVs

OLED televisions offer enormous contrast, pixel-perfect lighting and perfect black. However, the technology with the self-luminous organic pixels also has its weaknesses. In addition to the well-known risk that content can burn in after a few years of use, these are above all the lower maximum brightness and the darkening of larger bright areas such as a sandy beach or snow-covered mountains using "ABL" the "Automatic Brightness Limiter". The technology serves to protect the television and to avoid overheating. As a result, however, HDR content in particular loses its "punch" a little. LCD televisions also generally use ABL, but they are much less aggressive.

A Vizio OLED TV (left) compared to the Sony XH90 LCD TV (right) playing the HDR version of "The Lord of the Rings: The Companions". According to the intention of the maker Peter Jackson, the scene should look as bright as on the LCD television. Image: © YouTube / HDTVTest 2021

Will the new top OLEDs achieve a brightness revolution?

Panasonic had already done preliminary work with the "Master HDR OLED Professional Edition" panel. OLED TVs such as the GZW2004 from 2019 and the successor HZW2004 from 2020 achieved a maximum brightness of 1,000 nits in windows of sizes 2% and 5% of the display. This is the result of the test by Flatplanelshd.com . The brightness in such windows, i.e. parts of the screen, is important for HDR display – dark parts of the image such as the night sky and light parts of the image such as the moon can be more clearly distinguished from one another.

A maximum brightness of 1,000 nits is a good value, as most current HDR10 content is optimized for 1,000 nits. Normally, OLED TVs hardly manage more than 700 nits. However, the brightness of the Panasonic TVs drops significantly with larger areas and if the entire display is to shine in bright white, only dark 152 nits are possible.

The Sony A90J and the LG G1 from 2021 would go one better, so the expectation. In the run-up there were rumors that the Sony TV would manage 1,300 nits (via HDTV test ). And while various tests attest the TVs an overall high picture quality, they cannot surpass Panasonic's top OLEDs in terms of brightness.

According to the HDTV test , the LG G1 with the "OLED evo" panel achieves a maximum brightness of around 790 nits in a 10% window and around 160 nits on the entire display. The television can maintain the maximum brightness a little longer than previous LG OLEDs, but the LG G1 does not represent a breakthrough for more bombastic HDR – just an evolution.

According to rtings, the Sony A90J achieves a maximum brightness of 842 nits in a 10 percent window, a little less in game mode. With SDR content, a maximum of 481 nits are generated in a 25% window. This is undoubtedly very good for an OLED, but the top models from Panasonic create an even higher brightness. So there is a development, but the revolution fails.

While the best OLED televisions can shine brightly up to 1,000 nits in small areas of their display, Samsung's top model among the 4K QLED televisions is in completely different regions. The QN90A and QN95A (the latter is the same model, only with the One Connect Box for the cables) achieve a full 1,800 nits in the highlights of real HDR content, according to Rtings . Such bright highlights include lightning, an explosion and the blazing sun.

HDR content can be adapted to this brightness on request, so it can also be used for content that has been optimized for 1,000 nits. The increasingly widespread Dolby Vision content is usually mastered for 4,000 nits, but unfortunately Samsung TVs do not support Dolby Vision. The brightness of 1,800 nits is made possible by the small LED lamps in the mini LED TV, which can also illuminate parts of the picture more precisely and thus avoid overexposure better than conventional LCD TVs with full array local dimming.

SDR content such as Blu-ray films can be displayed on the Samsung TV with a maximum of 1,428 nits in real scenes, according to Rtings. If the entire display shines permanently in bright white, this is still possible with 689 nits – a dramatic difference compared to the 160 nits of the LG G1. In general, TV testers think that most OLEDs are bright enough for SDR content.

"Bright enough" may well be true, but in my experience, some SDR content with certain brightness reserves also look a lot better. For example, I played "Uncharted 4" in SDR and HDR with high brightness (see my comment in the opinion box below for the details) and glowing colors and the burning sun are also a real stunner in the SDR version. With HDR content, a higher maximum brightness is essential, with SDR at least a "Nice to Have".

Now which is better: OLED or LCD?

In practice, this means that the best LCD TVs are still better suited for watching TV in bright rooms. In addition, HDR content in particular looks more bombastic due to the higher brightness on LCD TVs such as Samsung's QLED flagships.

OLED televisions have advantages due to their pixel-perfect lighting and deep black. Therefore, HDR content on OLED TVs appears more precise and impressive in its own way, even if it lacks the show effect in bright areas to a certain extent. Unfortunately, OLED technology seems to be gradually reaching its natural limit of brightness. Dolby Vision content, which is becoming increasingly widespread, is currently mostly optimized for 4,000 nits, four times as bright. LCD televisions are in a better position to be able to achieve this brightness one day.

Theoretically, micro-LED TVs combine the advantages of both technologies, but they will remain extremely expensive for the foreseeable future – Samsung is charging 150,000 euros for the 110-inch model. In addition, according to a hands-on test by Flatpanelshd , micro LEDs have their own weaknesses, namely a less perfect black than OLEDs, visible transitions between the modules and a fly screen effect, i.e. a permanently visible grid pattern. The disadvantages can mainly be seen from the side and are not dramatic, but micro-LED is not perfect TV technology either.

In short: the best LCD TVs and OLED TVs are similarly good with different advantages. The experts from Rtings rated the Samsung QN90A with 8.6 out of 10 points and the Sony A90J with 8.8 out of 10 points. It's not a dramatic difference. To a certain extent it is simply a matter of taste which type of TV you like better.