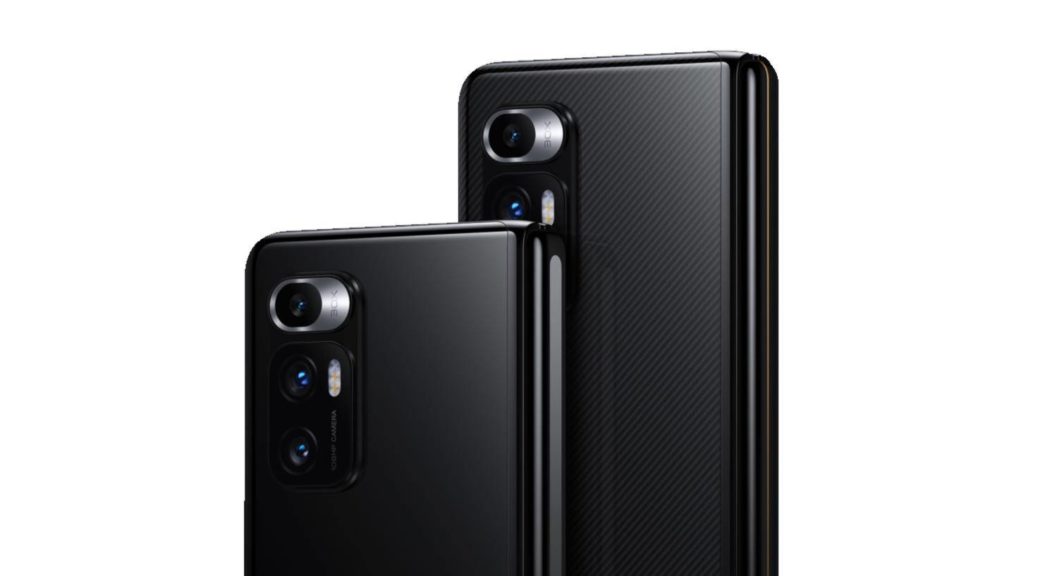 There is already the next big hit from Xiaomi: After the new M11 series, the company presented the Mi Mix Fold on Monday. The first foldable smartphone from Xiaomi offers the largest display on the market to date and impresses with the world's first camera system with a liquid lens.

Xiaomi was also able to present a real highlight on the second day of its mega-launch event. With the Mi Mix Fold , the manufacturer showed its first foldable smartphone. And that comes with a declaration of war on the competition – compared to Samsung's Galaxy Z-Fold models, the Xiaomi Foldable offers a larger display, longer battery life and a sophisticated camera system that is supposed to imitate the human eye.

With an 8.01-inch indoor display, the Xiaomi Mi Mix Fold has the largest display on the smartphone market to date. The OLED screen, which can be folded in the middle, has a WQHD + resolution and supports HDR10 +. The external display still measures an impressive 6.52 inches and has a resolution of 2520 x 840 pixels. Xiaomi is also the front runner in terms of size to date.

Another highlight is the speaker system with sound tuning from Harman Kardon. With the help of four speakers, the Mi Mix Fold wants to deliver "3D panorama surround sound".

The world's first camera system with a liquid lens

With the Mi Mix Fold, Xiaomi says it wants to open the "era of bionic photography". The smartphone's camera system makes use of the bionic principles of the human eye. In contrast to conventional cameras, a film-wrapped, lens-like structure is located in a transparent liquid. The curvature of the lens and thus the focal length can be changed by means of a motor. As a result, the Mi Mix Fold can cover small and large focal lengths with one lens, which other smartphones need two or more lenses for. Nevertheless, several cameras are also used with the Xiaomi foldable: In addition to a 108 MP main camera, there is also a 13 MP ultra-wide-angle camera with a 123 ° field of view.

The specially developed Surge C1 image processor should provide sufficient power for this new type of photography. This should not only be extremely powerful, but also require little CPU and memory space.

Xiaomi has not only invested money in the development of the lens – the image processor is also completely new. Image: © Xiaomi 2021

The largest battery of all foldable smartphones

When it comes to battery capacity, Xiaomi does not spoil it: With its 5,020 mAh battery, the Mi Mix Fold offers the largest energy storage device on the foldable market to date. The battery also supports 67 W fast charging. A complete charging process only takes 37 minutes.

The Xiaomi Mi Mix Fold appears in different memory configurations – the range extends from 12 GB RAM and 256 GB internal memory to 16 GB RAM and 512 GB memory. Sales will start on April 16, but initially only in China. The prices range from the equivalent of around 1,300 to around 1,700 euros for the top model.