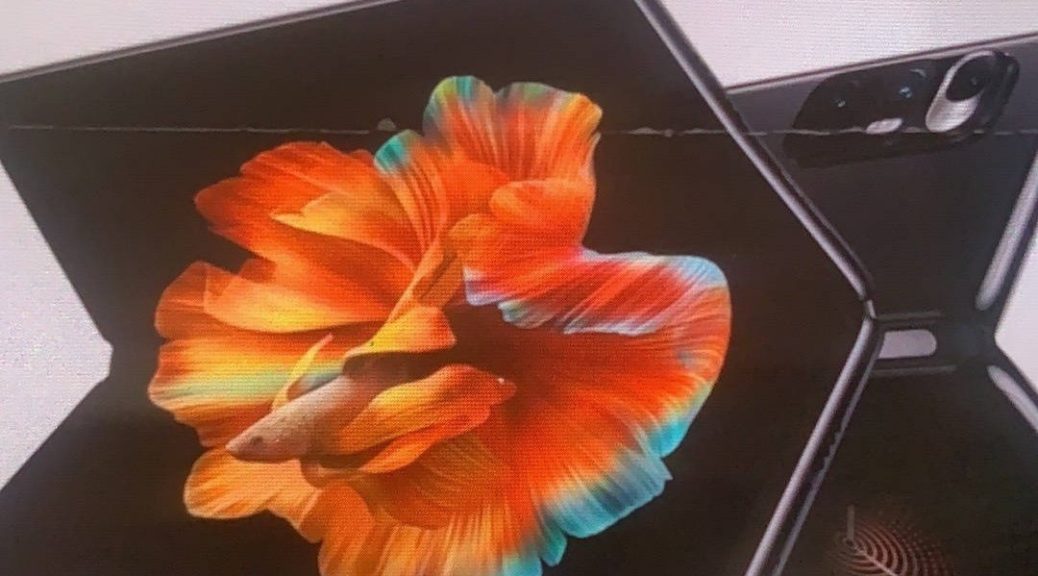 Xiaomi Mi Mix Fold , that is how it seems that it will be called the first Xiaomi folding smartphone that we would see debut at the event scheduled for today and that has also been leaked on the networks just a few hours after the start of its presentation.

Although, yesterday was a fairly intense day where we discovered new terminals such as the Xiaomi Mi 11i or the Xiaomi Mi 11 Ultra , Xiaomi will resume the event today in order to present other products, including this first folding smartphone.

Just a few hours before the start of the presentation, what apparently would be the official poster of the Xiaomi Mi Mix Fold has been leaked, Xiaomi's first folding smartphone that would also share a design very similar to that of the Samsung Galaxy Fold.

As we can see from these images, the Xiaomi Mi Mix Fold adds a flexible type main screen in order to be folded in half. In addition, it would also add another secondary screen for its foldable use.

Likewise, as can be seen, its set of cameras is very similar to that of the Xiaomi Mi 10 Ultra or Mi 10S , generally having the same distribution and format when integrating the different photographic sensors.

Even so, it will not be until 1:30 p.m. (Spanish time) when we really know if this leak is real and if finally the first Xiaomi folding smartphone arrives under the name Xiaomi Mi Mix Fold and not Mi Mix 4 Pro Max as rumored. .