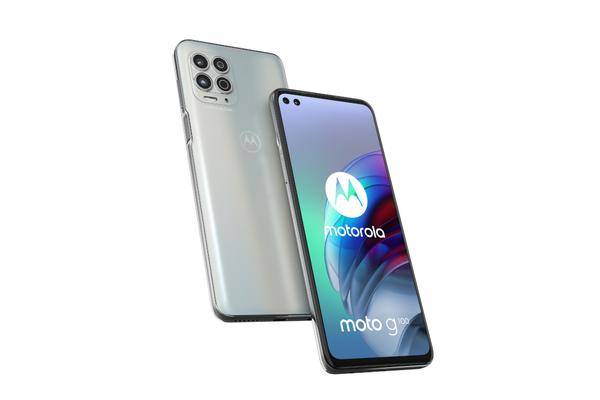 Motorola is further expanding its G series: The latest model is called the Moto G100 and has the Snapdragon 870 top chip and a desktop mode on board.

Two selfie cams on the front (1 x 16 MP and 1 x 8 MP wide angle) and a triple camera on the back (64 MP + 16 MP ultra wide angle + 2 MP depth sensor) are responsible for photos. In addition to 4G, the new Motorola smartphone also transmits in the faster 5G network, and Wi-Fi 6 is also available. The cell phone's battery has a capacity of 5,000 mAh, so according to Motorola, the G100 should last up to 40 hours without a visit to the socket. A very pure Android 11 is used as the operating system on the Moto G100.

When it comes to accessories, Motorola is emulating other manufacturers such as Samsung or Huawei and is now also introducing a desktop mode, the platform here is called "Ready For". If the Moto G100 is connected to a monitor or TV using a USB-C to HDMI cable (included), the smartphone turns into a trackpad for inputs.

The Moto G100 will be available in Germany from the end of March at a price of 499.99 euros (RRP), initially in white and blue. A USB-C to HDMI cable and a docking station for desktop mode are included.