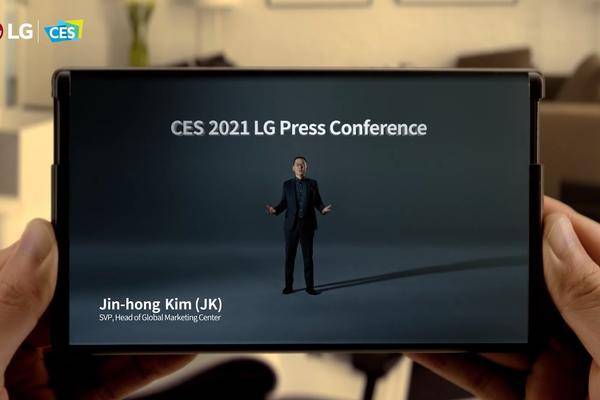 Rumor has it that LG could get out of the smartphone business entirely. Allegedly, talks about the sale of the division should have failed. Even the smartphone with a roll-out display presented at CES 2021 should no longer come onto the market.

The company announced in January that it would keep "all options" open for its cell phone division. This has been in the red since the second quarter of 2015, as The Korea Herald writes. There are said to have been sales negotiations with the Vietnamese Vingroup and Volkswagen, but LG is said to have made no significant progress. According to the Korea Herald, industry sources are now more likely to close the smartphone division.

The current "Rainbow" development projects and the "Rollable " smartphone with a roll-out display presented at CES 2021 are said to have been discontinued. The employees in the division should keep their jobs, but will work in other parts of the company in the future. LG had previously stated that it wanted to make its most important mobile technologies available to other corporate divisions. Since LG also offers smart home devices, one can assume that smartphone technology could be included in them.

No official statement yet

According to the market researchers from Counterpoint Research, LG should have dominated two percent of the smartphone market share in 2020, which was 13 percent in the previous year. LG recently stood out with the innovative LG Wing , which has two displays. It was part of the "Explorer Project" innovation series, which has now been discontinued.

Regarding the future of LG's smartphone division, however, it should be said that there has been no official statement yet. This is expected in April. Maybe LG will find another solution than the closure.