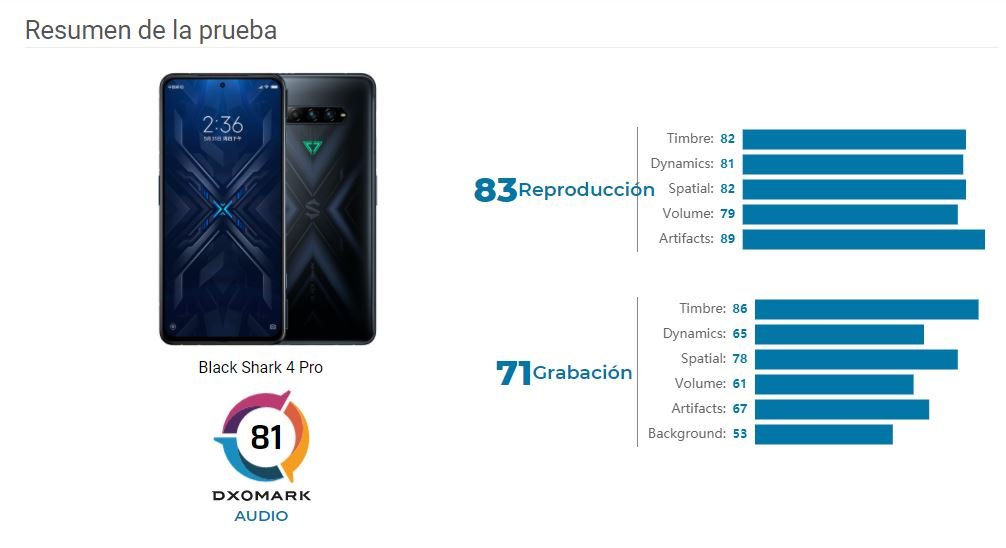 Although it has not yet been presented, it will do so on March 23, the Black Shark 4 Pro has already passed through the hands of DxOMark and has also managed to position itself as the smartphone with the best sound on the market.

With a total of 81 points , the Black Shark 4 Pro rises to the top of the DxOMark table , thus placing it ahead of the Xiaomi Mi 10S that to date was positioned in the first position of this interesting ranking.

And, according to DxOMark, the Xiaomi partner has made impressive progress with its Black Shark 4 Pro, especially in the audio playback section. What's more, as they add, this new smartphone becomes the best for listening to music, watching movies and of course, playing games .

To be exact, the Black Shark 4 Pro achieves very good spatial performance in DxOMark tests, recreating distances in an exceptional way . In addition, it has an excellent dynamic performance to which a fairly high volume is added without distorting.

Even so, in the recording section it is where the Black Shark 4 Pro limps a little more , although it remains within the average of other smartphones that have also positioned themselves as the best in sound. In short, a great advance by Black Shark that we will finish knowing this March 23.

You can read the entire analysis at : DxOMark