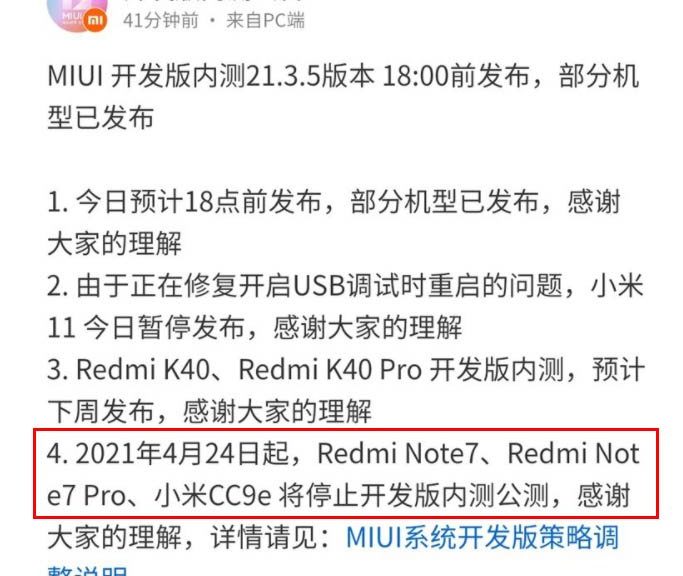 With the arrival of the first beta to the Redmi K40 Series, Xiaomi has included one of those news that we do not like to give at all. Specifically, it is about the end of support for three of its smartphones, which will say goodbye to probably new versions of MIUI.

As we had already anticipated , Xiaomi has once again confirmed that the Redmi Note 7 , Redmi Note 7 Pro and Xiaomi CC9e will no longer have support for new updates within their development program as of April 24 .

With this, it is most likely that these smartphones stop having great news or updates , limiting themselves to receiving small changes or corrections. That is, MIUI 13 will not see the light on these devices. 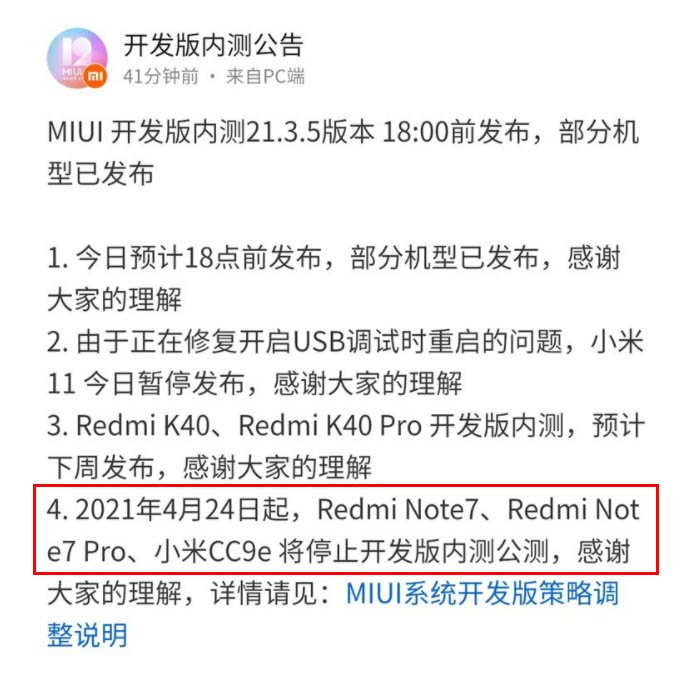 End of the development program for the Redmi Note 7, Note 7 and Xiaomi CC9e.

Terminals as mythical as the Redmi Note 7 , a king that managed to mark a before and after in the mid-range, will stop receiving much of the next news that we are seeing from Xiaomi for MIUI.

Of course, it should be clarified that this does not mean that Xiaomi is going to abandon the Redmi Note 7, Redmi Note 7 Pro and Xiaomi CC9e , the firm will continue to launch new updates in order to correct errors, as well as the odd security patch.