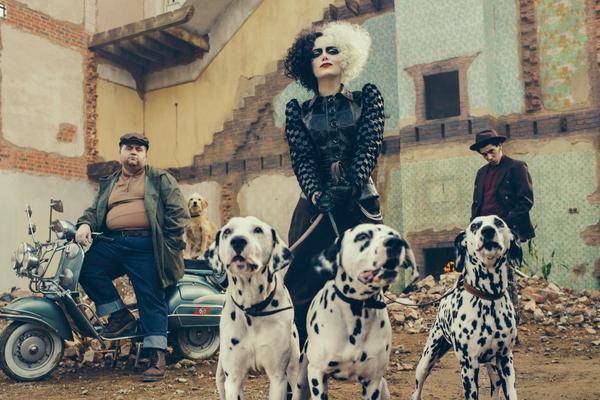 Hide your Dalmatian, otherwise Cruella De Vil could be targeting him soon! There is now the first trailer for the upcoming real-life film about the antagonist from Disney's "101 Dalmatians" – and it is very reminiscent of another psycho bride who conquered the big screens last year.

The trailer for "Cruella" looks like a less brutal copy of "Birds of Prey", in which Harley Quinn is the focus. The vibes exuded by the 90-second clip from Disney are very similar to that of the DC film.

The main role is Oscar winner Emma Stone, who becomes a fashion-obsessed psychopath for Disney with a penchant for Dalmatian fur. Also there are Emma Thompson as Baroness Von Hellman and Mark Strong ("Shazam!") As Boris. Cruella De Vil's henchmen, Horace and Jasper, are played by Paul Walter Hauser ("BlacKkKlansman") and Joel Fry ("Game of Thrones").

There's also a poster for "Cruella"

Parallel to the "Cruella" trailer, Disney is also releasing the first film poster that does not get lost in unnecessary details, but focuses on Emma Stone as Cruella De Vil. It is easy to see that the real version is due to start in the cinemas in May. It remains to be seen whether this will happen, however, or whether "Cruella" will be much more available via VIP access on Disney +. As of now, the film should start in German cinemas on May 27, 2021 .