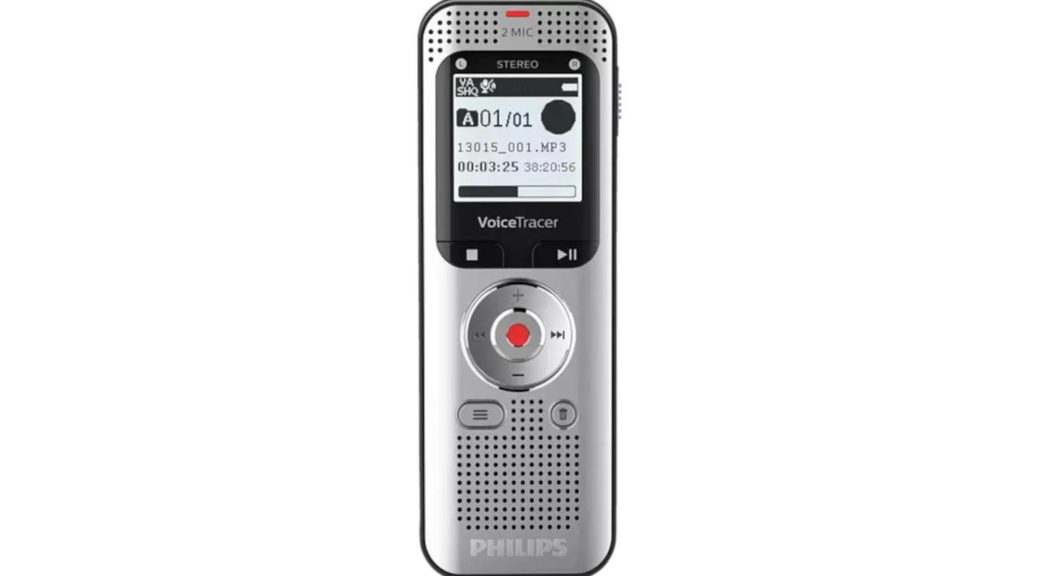 Do you want to be able to quickly capture creative ideas and short notes in the home office? Then a dictation machine is recommended. We present five recommendable models.

The Philips Voice Tracer DVT2050 records audio recordings in stereo and saves them as MP3 in the 8 GB internal memory. The memory can be expanded by up to 32 GB using the micro SD slot. The dictation machine does not rely on batteries, but on a rechargeable battery. According to the manufacturer, the recording time is a good 50 hours. A special feature is the built-in FM radio tuner with recording function: simply switch it on while listening to the radio and the signal is recorded as MP3.

The handy voice recorder Sony ICD-UX570 generates clear, understandable audio data with its stereo microphone in loud and quiet surroundings. It also offers an easy-to-navigate menu, a bright OLED screen and 32 hours of recording time in MP3 format. The recordings are transferred to the computer via micro SD card or USB. The ICD-UX570 also has a built-in memory of 4 GB, which should be enough for a lot of recordings even without an SD card.

With 8 GB of internal memory and 130 hours of recording time (128 kbps), the WS-853 offers a very good overall package. The dictation machine also has voice-activated recording to stop and restart recordings and a fold-out USB 3.0 port for easy charging and file transfer. Attention: There is no rechargeable battery installed. Instead, two AAA batteries are required.

If you are looking for a cheaper alternative to the Sony ICD-UX570, the sister model ICD-PX470 might be something for you. The audio quality of the recordings is a bit lower here, and the device is significantly thicker than the UX570. In return, the dictation machine lasts a little longer at 57 hours. Attention: The ICD-UX570 does not have a rechargeable battery either, but must be equipped with two AAA batteries.

There is also a cheaper alternative to the Olympus WS-853 from the same manufacturer: the VN-541 dictation machine. It saves audio recordings in Windows Media Audio format (MP3 is not supported) and has only a mono microphone and a smaller memory (4 GB). The dictation machine is worth a look, especially for beginners and students.